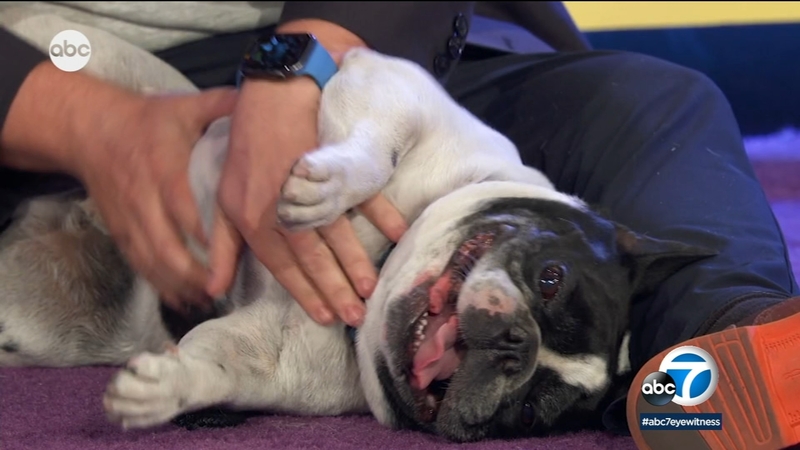 HOLLYWOOD -- "The American Rescue Dog Show" aims to entertain you with an overdose of adorable.

This new canine competition show is not that fancy Westminster Dog Show.

In "The American Rescue Dog Show," categories include, among others, Best in Belly Rubs and Best in Snoring, and the sweet pups here are all competing for cash, winning big money for animal welfare groups.

Creator and executive producer Michael Levitt loves the rescue idea so much, he once took a year off from producing just to save dogs.

Then, he had a lightbulb moment.

"As a rescuer, I'm saving one dog at a time, which is amazing, but as a producer, I knew I could do so much more to have an impact on a national level," he said. "That's really how 'The American Rescue Dog Show' came about."

"This show is about heart, but it's also really funny. It's not sad," said Levitt. "I mean, Joe Tessitore and Rob Riggle are brilliant and hilarious, but it's really --we're not afraid of the word 'earnest.' We're not afraid of heart. I think people are really craving that in the world today, and a show like this just gives you the warm fuzzies, at's perfect to watch with your entire family."

The dog taking home the "Best in Rescue" prize gets an additional $100,000 donated in his or her honor.

"I always say this isn't a bad Sarah McLaughlin commercial, and I love Sarah McLaughlin," said Levitt. "This show will make you laugh. It'll make you cry in the most beautiful way and it'll warm your heart. So yes, I'm confident that people that watch this are going to really consider rescuing their next dog."

You'll see "The American Rescue Dog Show" Wednesday, May 25 on ABC. You can find it next day on Hulu.

Disney is the parent company of Hulu and this ABC station.