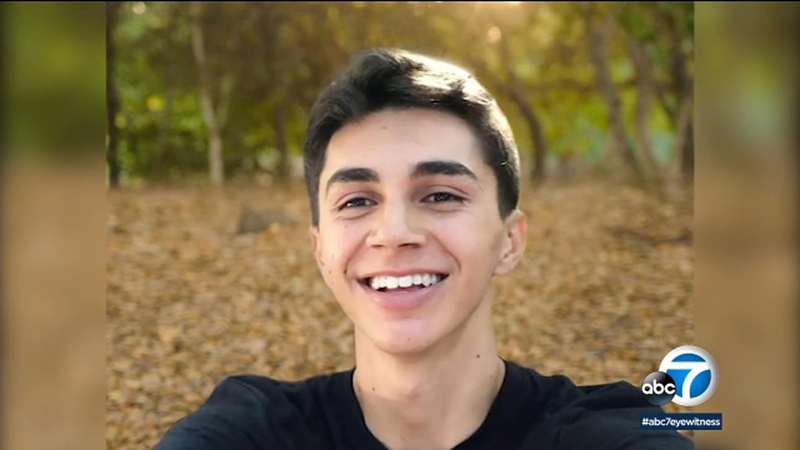 THOUSAND OAKS, Calif. (KABC) -- As we look back on the first year since the mass shooting at the Borderline Bar and Grill in Thousand Oaks, we're hearing from the family of the busboy who was among those killed.

Theresa Ramirez was woken up by a phone call from a friend last November. She turned on the television was immediately concerned about her son, 20-year-old Mark Meza.

"When I realized it happened at 11 something and he hadn't called me and it was already 1:30 in the morning, I knew something was wrong. I knew there was something not right," Ramirez said.

Eyewitness News returns to the Ventura County community ravaged by fire and hate, to witness rebirth and healing a year later.

Mark's family says he was creative and had just found his passion with art, photography and making music.

Ramirez said the past year has been incredibly difficult.

Meza's mother has been dreading the one year anniversary of the shooting, adding that being with other families who have also lost loved one compounds the pain and the scope of what happened.

Most of all, she said that she's sad her son wasn't able to live out his dreams as he was just coming out of shell, nearing his 21st birthday, and becoming a man.