A man gave a Nazi salute and a woman shouted "white lives matter" in an encounter with a Black couple in Torrance.
KABC
By ABC7.com staff 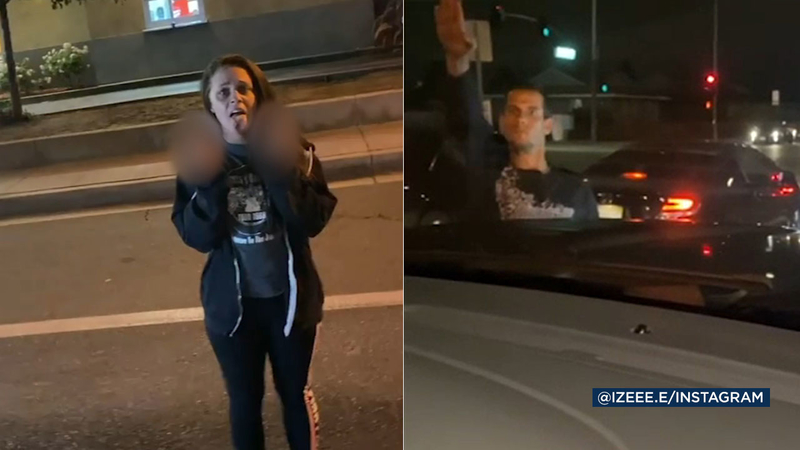 TORRANCE, Calif. (KABC) -- A nasty racist encounter in Torrance was caught on cameras as a Black couple was abused at a red light by a white man and woman yelling "Only white lives matter!"

The incident happened Wednesday. In the video a white woman can be seen giving obscene gestures with both hands to the Black couple in their car, exclaiming "white lives matter (expletive)" and then "only white lives matter." Then a man with her is seen extending his arm in a Nazi salute.

The woman who posted the video to Instagram says their car was struck by the other couple.

She wrote: "Today on my 25th birthday I was a victim of racism and so was my boyfriend who is black. We were being harassed for miles."

A white man gave a Nazi salute and a woman shouted "white lives matter" in an encounter with a Black couple in Torrance.

It's not clear if anything initially triggered the exchange.

Torrance police say they are aware of the incident and are looking into it.

This morning we were made aware of the video that has been circulating on social media regarding a crime that occurred within the City of Torrance. The victim has been contacted and detectives are actively investigating this incident.