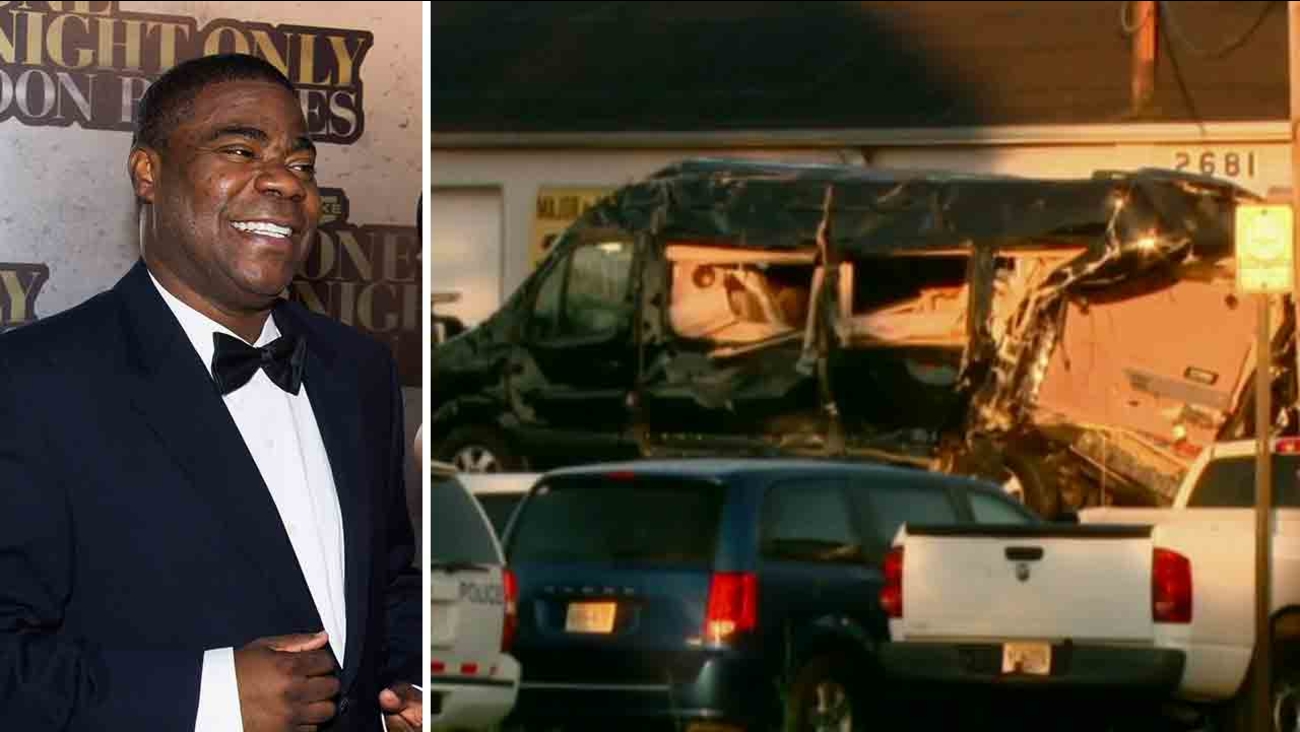 Tracy Morgan was critically injured after a tractor-trailer rammed into his limousine bus on the New Jersey Turnpike Saturday, June 7, 2014.

TRENTON, N.J. (KABC) -- Actor Tracy Morgan is suing Wal-Mart after a highway crash that left him seriously injured and killed a fellow comedian.

The lawsuit claims Wal-Mart was negligent when its truck driver crashed into Morgan's limo bus on a New Jersey Turnpike on June 7. It alleges the truck's automatic brakes were not functioning properly and mentions driver fatigue.

Comedian Ardley Fuqua and Jeffrey and Krista Millea, who were passengers in the limo, are also named as plaintiffs.

On the night of the accident, Morgan was on his way back to New York with friends after a standup performance at Dover Downs Hotel & Casino in Delaware. James "Jimmy Mack" McNair, 62, was declared dead at the scene.

The truck driver, Kevin Roper, pleaded not guilty to death by auto and assault by auto. He was released after posting $50,000 bail.