VIDEO: Road rage confrontation in Oceanside ends with car flipped on side 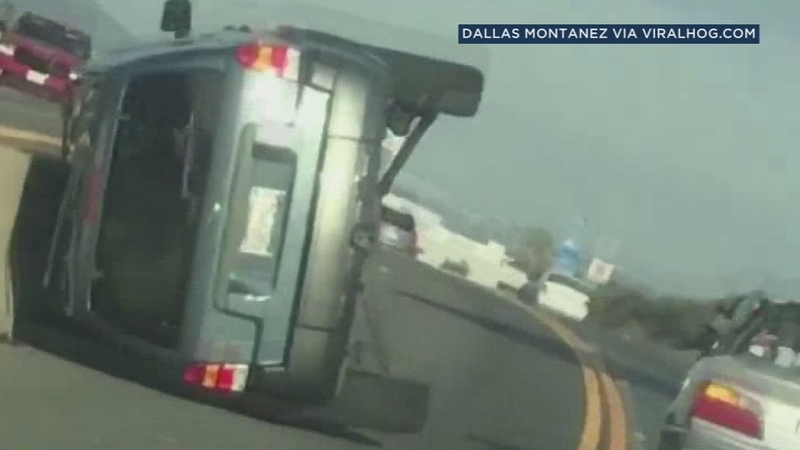 VIDEO: Road rage spat in SoCal ends with car flipped on side

OCEANSIDE, Calif. (KABC) -- Two drivers in an apparent tiff during rush hour traffic on State Road 78 in Oceanside got an unexpected ending to their feud after one of the vehicles turned over on its side.

Video shows one driver get out of his BMW and walk to the Ford Escape behind him. It appears words were exchanged between the two, and as the first driver walked back to his car, he allegedly spat on the SUV, according to a California Highway Patrol officer.

The Ford Escape then made an apparent attempt to pass the car on the left, but instead drove up the side of the BMW and tipped over.

The driver of the BMW, identified by authorities as 33-year-old Kevin McCall of Vista, then drove away.

Andrew Carson Branch of Escondido, the 23-year-old driver of the Ford Escape, was arrested on suspicion of felony assault.