"It is possible to reach your dreams and your goals." Three years after Raul Zarate left prison, his friends and coworkers held a parade to celebrate him earning a degree and turning his life around.
KABC 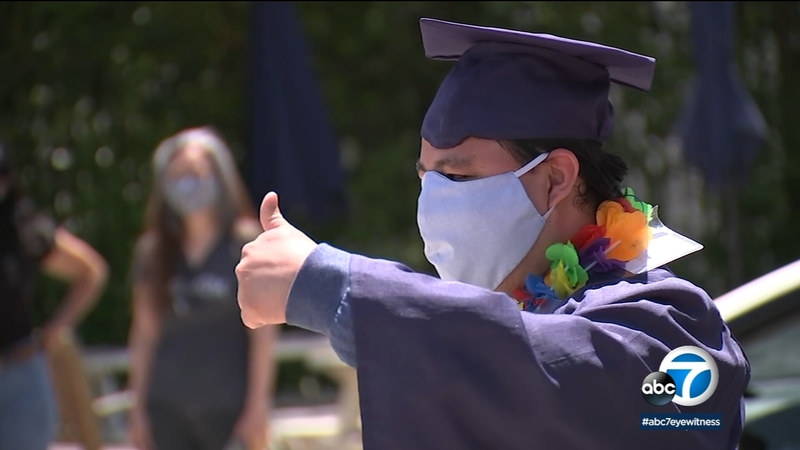 PASADENA, Calif. (KABC) -- A convicted felon who had his sentenced commuted nearly three years ago was celebrated by friends, family and community members after graduating Friday from Cal State Los Angeles with a sociology degree.

Raul Zarate watched as a surprise parade of vehicles, decorated with balloons and congratulatory signs, honked their horns as they drove by Learning Works Charter School in Pasadena, where he's worked for the past few years.

"You guys got me," Zarate said. "I was not expecting this for sure."

Zarate was convicted of attempted murder after he shot and injured two people during a drunken argument outside a house party when he was 17.

While in prison, he earned his high school diploma, four associate degrees and was certified as a Braille transcriber by the Library of Congress.

"He's a huge success story and he gives back to the middle school, modeling, mentoring, coaching so we couldn't be more proud of him," said Mikala Rahn, the founder of Learning Works Charter School.

Since he missed his high school graduation, his co-workers at Learning Works wanted to make sure he was recognized.

Zarate was handed a cap and gown. Standing on the side of the road, he waved to his family as they drove by. The parade was led by a Pasadena police cruiser.

"Seeing my mom who didn't get to visit me when I was in prison really makes a difference today," said Zarate. "To see her happy for this accomplishment has been huge."

Zarate is far from finished. He says he plans to get a second job and enroll in a master's program in the next year.

His message to others: