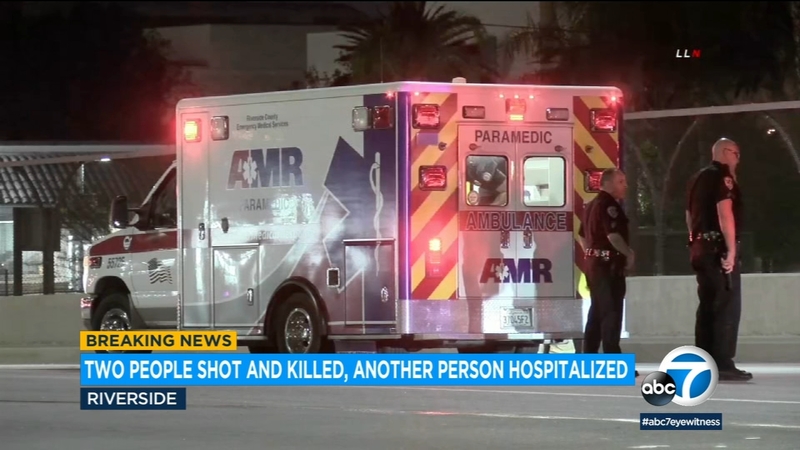 RIVERSIDE, Calif. (KABC) -- Two people are dead and another is in the hospital, after a shooting in Riverside near La Sierra University Wednesday morning.

Investigators said it happened around 2:15 a.m. on the 11000 block of Pierce Street where officers found two people with gunshot wounds after reports of a shooting in the area.

One person died at the scene. The other was sent to the hospital.

A few minutes later, officers were flagged down on the 91 Freeway offramp at 14th Street and found another person shot several times.

That person was rushed to the hospital but later died.

Police said the circumstances surrounding the shooting were not immediately known.

There is no immediate information on the potential suspect or suspects at this time.

Riverside police detectives released surveillance video of a 2016 Christmas shooting that injured a man and a woman, and are asking for the public's help to solve the crime.