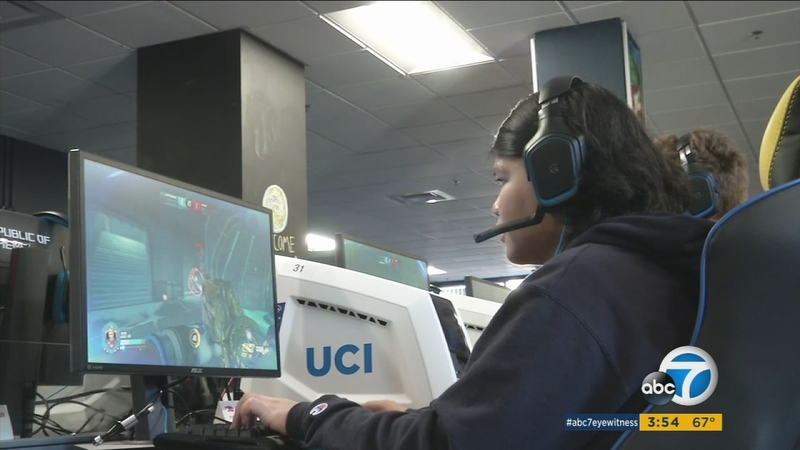 IRVINE, Calif. (KABC) -- When the University of California, Irvine, opened its eSports area, the school positioned itself at the forefront of competitive gaming.

The eSports program now wants to take the lead on another rapidly growing area: women in gaming.

"If you're good, they're like, 'Oh, you're only good to get attention' or if you're bad, 'You're bad because you're female,'" student Jessamyn Aceves said. "You can't really do anything without getting scrutinized."

Aceves is a junior majoring in political science and an avid gamer. Aceves said she has dealt with harassment and criticism while playing online due to her sex.

UC Irvine will host a panel on Friday focused on encouraging women like her to keep playing.

"We'll talk about the struggles they've faced and it brings the issue to the light and it's really important," Aceves said.

The Women in Gaming panel came about because of a Ph.D. student researching the stigmas in female gaming.

The university's eSports director, Mark Deppe, said they want to change the cultural dynamics for the better.

"We're trying to educate people that that's not how people in our program treat others and we want to demonstrate there are women that are contributing in really big ways to the gaming community," Deppe explained.

The Entertainment Software Association says more than 48 percent of gamers identify as female.

Aceves wants to see more women in the professional ranks, but for now, she is happy beating her male counterparts.