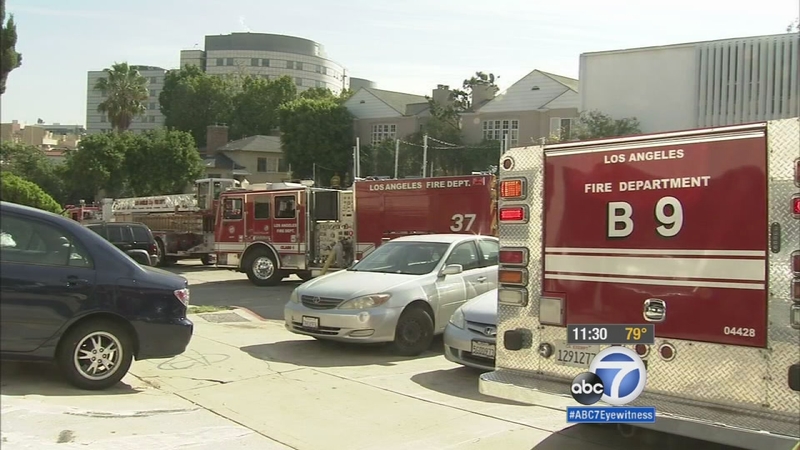 WESTWOOD, LOS ANGELES (KABC) -- A UCLA student found dead in her burning Westwood apartment has been identified as Andrea DelVesco, according to the Los Angeles Times.

The publication said the student's sorority released the name Tuesday.

Police continue to ask for the public's help as they investigate the death of the female student found at the scene near campus.

Los Angeles police handed out fliers seeking witnesses who may have seen or heard anything suspicious. 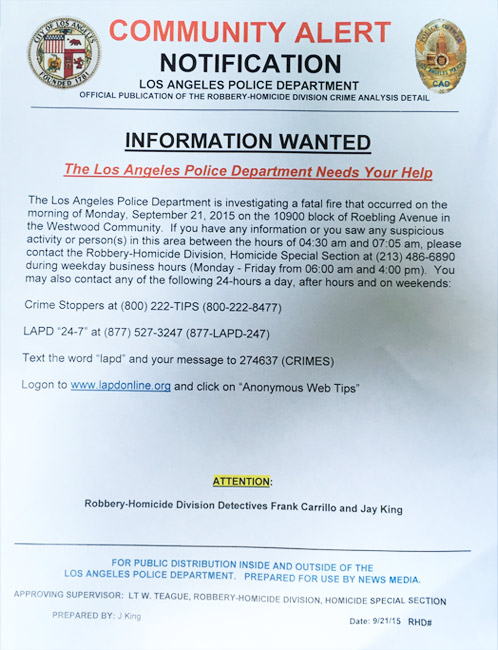 LAPD handed out fliers seeking witnesses who may have seen or heard anything suspicious in Westwood on Monday, Sept. 21, 2015.

The student's body was discovered in her apartment, which caught fire Monday morning. An autopsy is not slated until Wednesday at the earliest.

The LAPD placed a security lock on the case on Tuesday, freezing any other information from being released.

Neighbors say the woman was a member of Pi Beta Phi. The Daily Bruin reported that she was entering her fourth year and studied Spanish and psychology.

Students living nearby said they were allowed back into their apartments around 10 p.m. Monday. They said they're still shaken by the woman's death.

"It's kind of crazy. It could have been anyone. It's unfortunate. It's scary," said Nicole Williams, a UCLA student.

UCLA released a statement from Chancellor Gene Block, offering condolences to the woman's family and friends.

"UCLA is a close-knit community, and this tragic event affects us all," the statement read in part, adding that grief counselors will be available for students.