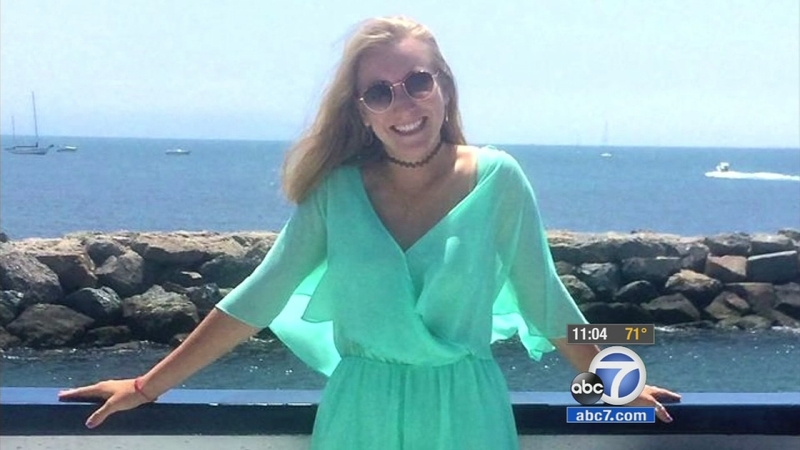 Firefighters found the body of 21-year-old Andrea DelVesco after putting out a fire at her apartment in the 10900 block of Roebling Street in Westwood last Monday at about 7:20 a.m. It was UCLA's first day of school.

LAPD detectives along with arson investigators from the Los Angeles Fire Department who responded to the scene suspected DelVesco died under suspicious circumstances, prompting a homicide investigation. Investigators don't know if DelVesco was killed by the fire or if it was started to destroy her body.

Investigators examined forensic evidence and witness statements, which linked Alberto Medina and Eric Marquez, both 22 years old, to the murder, according to the LAPD.

Medina and Marquez were both booked into the Van Nuys Jail on suspicion of murder. Medina was being held without bail, while Marquez's bail was set at $1 million.

"The UCLA community was all affected by it, and it was right before school," said Kian Samadian, a UCLA student.

"I'm pretty much relieved they caught the person. That's the best part of it," said Roghan Maroo, a UCLA student.

Investigators have not revealed an official motive. But court documents show DelVesco had pleaded not guilty to four charges of possessing and trying to sell drugs, including ecstasy, LSD and meth. She was due in court last Friday but was killed before she could appear.

Paul Huebel is a longtime private investigator and former police officer, with a theory about this case.

"Anyone that she would be testifying against would have some serious reasons to kill her," said Huebel.

Police have not confirmed that the suspects had a prior relationship with DelVesco or with drugs.

DelVesco's family lives in Austin, Texas. They spoke by phone with the ABC affiliate there Monday night and said they have never heard of the suspects before.

DelVesco, a senior, was majoring in Spanish and psychology. She was a member of the Pi Beta Phi sorority.