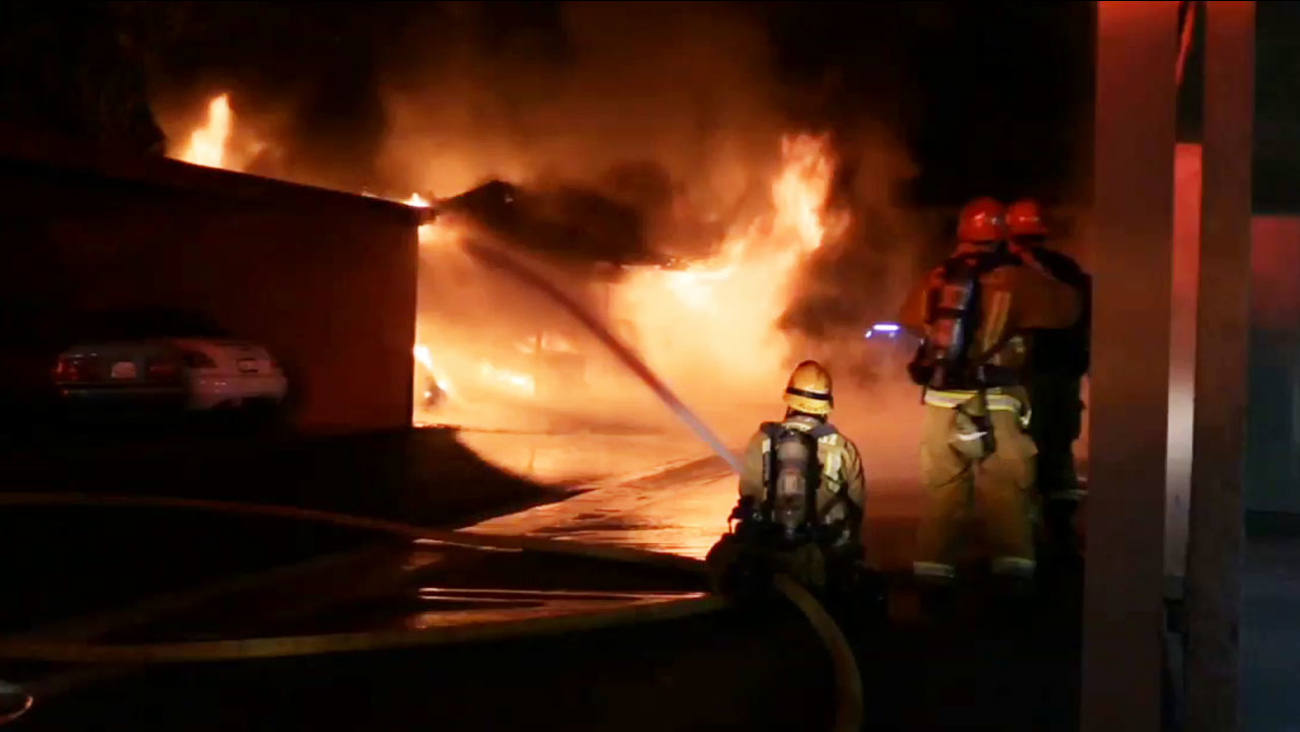 Firefighters are shown battling flames at a carport in Orange on Thursday, Oct. 30, 2014.

ORANGE, Calif. -- At least four vehicles were damaged when a fire broke out in a carport in the city of Orange early Thursday morning.

The Orange Fire Department responded to the scene in the 500 block of South La Veta Park at around 4 a.m. Crews were able to get the blaze out before flames reached the nearby apartment building.

Although the fire was contained to the carport, the damage to the vehicles was significant.

The case of the fire remains under investigation.