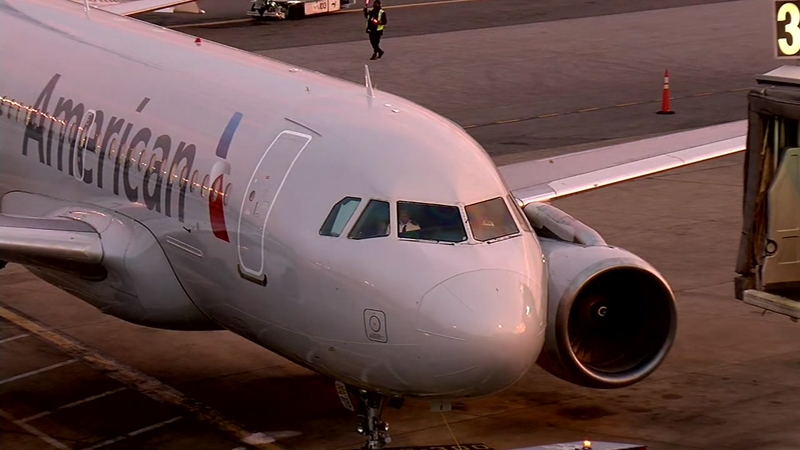 LOS ANGELES (KABC) -- American Airlines says it asked the Trump administration not to put migrant children who have been separated from their parents on its flights. United, Frontier and Southwest Airlines followed suit.

Homeland Security Secretary Kirstjen Nielsen has drafted an executive action for President Donald Trump that would direct her department to keep families together after they are detained crossing the border illegally.

In a statement Wednesday, American said it doesn't know whether any migrant children have been on its flights and doesn't want to profit from the current immigration policy of separating families.

American and other airlines have contracts to provide travel services to the U.S. government. American says, however, that the government doesn't provide information about the passengers or their reason for travel.

In recent days several flight attendants have gone on social media to report seeing groups of children on their flights whom they believed to be children separated from their migrant families.

United Airlines CEO Oscar Munoz released a statement on the practice, saying that his company had not found any evidence that children separated from their parents had been flown on United aircraft.

"Based on our serious concerns about this policy and how it's in deep conflict with our company's values, we have contacted federal officials to inform them that they should not transport immigrant children on United aircraft who have been separated from their parents," Munoz said in the statement.

Frontier Airlines addressed the issue in a tweet, saying, "Frontier prides itself on being a family airline and we will not knowingly allow our flights to be used to transport migrant children away from their families. At this time, we are not aware if Frontier has been used for this purpose."

Frontier prides itself on being a family airline and we will not knowingly allow our flights to be used to transport migrant children away from their families. At this time, we are not aware if Frontier has been used for this purpose.

Southwest Airlines also asked the Trump administration not to use their company's flights for transporting children separated for their families.

"While we do not have evidence that tickets purchased for Southwest flights have been utilized to transport detained children, we do not wish to have involvement in the process of separating children from their parents. Therefore, we appeal to anyone making those types of travel decisions not to utilize Southwest Airlines. We are a company founded on love, and we want to connect people to what's important in their lives, not disconnect them," the company said in a statement.

The Department of Homeland Security's press secretary, meanwhile, released a statement in response to the moves by the airlines, accusing the companies of "buckling to a false media narrative."

"It's unfortunate that American, United, and Frontier Airlines no longer want to partner with the brave men and women of DHS to protect the traveling public, combat human trafficking, and to swiftly reunite unaccompanied illegal immigrant children with their families," said DHS Press Secretary Tyler Houlton.

"Despite being provided facts on this issue, these airlines clearly do not understand our immigration laws and the long-standing devastating loopholes that have caused the crisis at our southern border. Buckling to a false media narrative only exacerbates the problems at our border and puts more children at risk from traffickers. We wish the airlines would instead choose to be part of the solution," Houlton said.