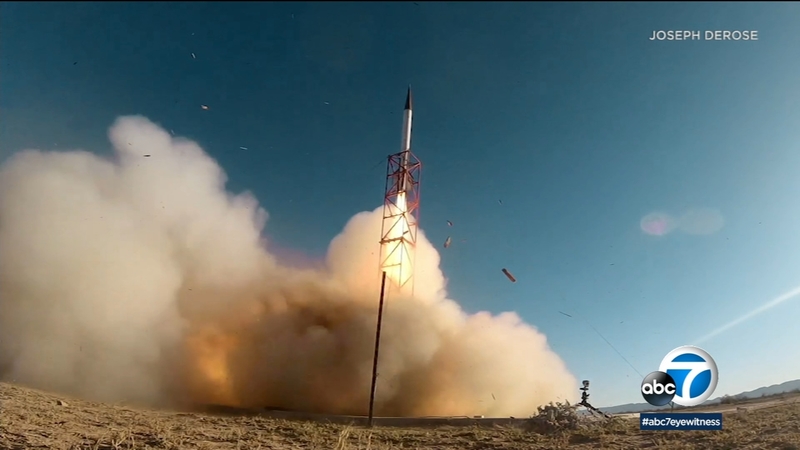 LOS ANGELES (KABC) -- A new space race and a new generation of scientists are continuing the legacy of University of Southern California alumnus Neil Armstrong.

In July 1969, Armstrong became the first person to step foot on the moon during NASA's Apollo 11 mission.

The next year, Armstrong graduated from USC's Viterbi School of Engineering with a master's degree in aerospace engineering.

This year, a group of USC engineering students became the only undergrad rocket club to design, build and launch a rocket into space.

The rocket reached an apogee of 339,800 feet, breaking the world record for the highest altitude ever reached by a vehicle entirely designed and built by a collegiate rocketry team.

"Really, the industry, it's about pushing limits, you know. It's about doing things that people haven't done before. And I've always wanted to just do something that no one else has done before," said Huaning "Wendy" Wang, senior mechanical engineering student.

This accomplishment is the work of 15 years and thousands of man hours.

"It was a nice relief. A lot of tension, still waiting for results. But, yeah, we're very happy with where it ended up," said Robert Kancans, an astronautical engineering student.

Students who are graduating have already received competitive internships and opportunities to assist in future large-scale missions.

"It's just breaking the barriers of human kind further and further. And so, I think if you combine the technological importance along with the emotional importance, it makes it... it's what I want to do, and it's part of the reason why I want to do it," said Ava Badii, an astronautical engineering student.