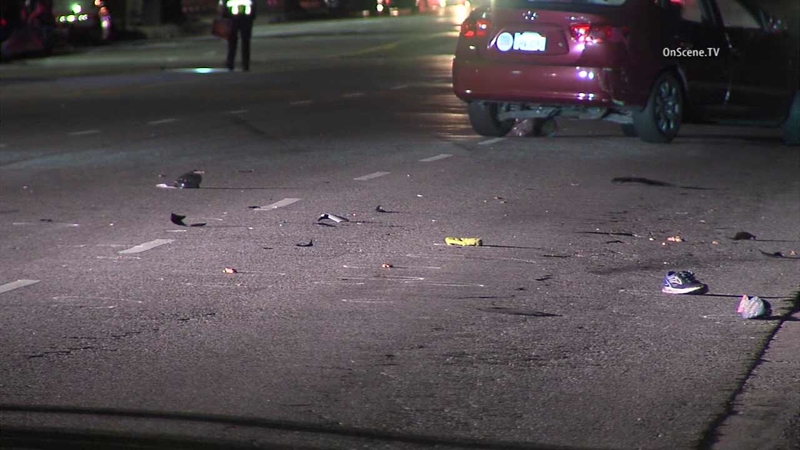 VAN NUYS, LOS ANGELES (KABC) -- A female pedestrian was killed after being struck by a car in Van Nuys. The driver initially fled the scene but later surrendered to police.

The incident occurred around 11:40 p.m. Sunday in the 16400 block of Victory Boulevard. Los Angeles police said a 57-year-old woman was crossing the street when she was struck.

Investigators initially thought at least two vehicles struck the woman, but later said it appeared she was struck by one car.

A Good Samaritan in a red sedan stopped and called 911 for help. However, the pedestrian's injuries were just too severe. She was pronounced dead at the scene.

The driver, 18, involved in the crash fled the scene, but he later turned himself in to authorities. He was booked on felony hit-and-run charges, authorities said.

The identified of those involved were not immediately released.

Victory Boulevard between Odessa and Woodley avenues was shut down for hours due to the investigation.