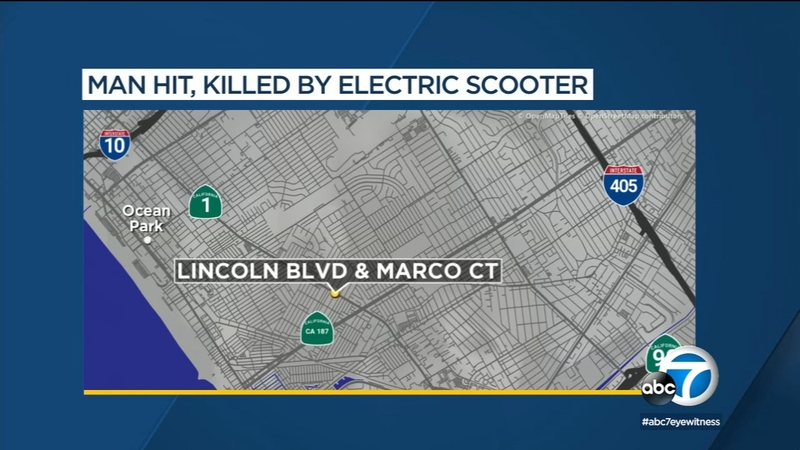 VENICE, Calif. (KABC) -- An elderly man was killed when he was struck on a Venice sidewalk by a rented electric scooter driven by a man suspected of DUI who had a passenger on board, authorities said Monday.

The crash occurred at 9:45 p.m. Saturday on Lincoln Boulevard at East Marco Court, according to a desk officer at the Los Angeles Police Department's West Traffic Division.

The victim died at the scene, according to the coroner's office, which is still working to identify him.

The man and woman on the scooter suffered minor injuries, the officer said. The driver of scooter remained at scene and was arrested for DUI, according to police.

The stand-up, electric rental scooters found on sidewalks are required to be driven in the street with only one person on board and traffic laws are to be followed, he said.