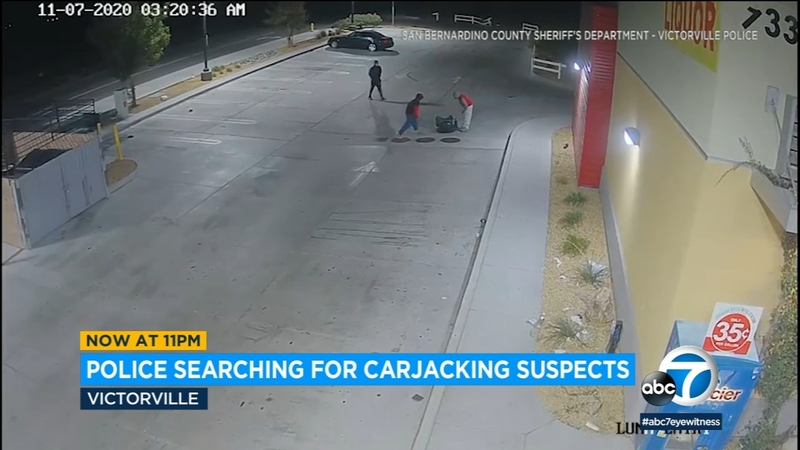 The San Bernardino County Sheriff's Department said the most recent assault happened last Thursday around 4 a.m. at a Chevron gas station in the 13300 block of US Highway 395.

In that incident, two suspects are seen on video attacking and carjacking a 67-year old man. Footage shows two men approach the victim while he was getting gas. A confrontation ensued and the man was violently pulled and dragged from his vehicle by one of the suspects.

They proceeded to get into the victim's Toyota 4-Runner and drive off. Police say the pair ditched the car on Luna Road before getting away.

The victim was transported to a hospital and treated for injuries to the face.

Investigators believe the two suspects and another individual are responsible for another attack that occurred Nov. 7 at the same location. Video from that attack shows three men approach and attack the victim while he is on on the ground.

The victim in that assault has not come forward to report the crime.