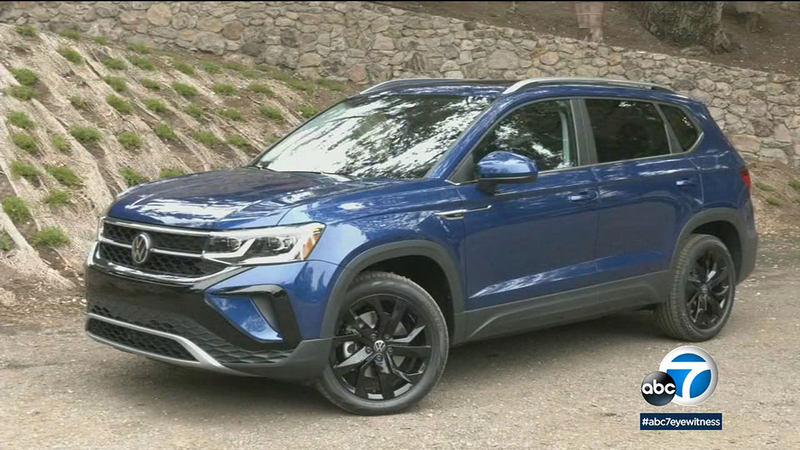 When Volkswagen started launching its new electric brand, it decided that the first one out of the box would be the ID.4, a crossover SUV. That's what seemingly everyone's buying these days.

Now, a second additional SUV from them this year, in a more conventional form. It's the new Taos, a compact.

"This will slot right below the Tiguan," said Mike Stephens, a product planner with Volkswagen of America.

The Tiguan used to be the smallest crossover from Volkswagen, but that's been given an upgrade. Not in size, but in content and style. It's aiming higher, for a slightly more upscale buyer.

'It's a home office away from home,' Early last year, millions of Americans were forced to start working from home. All these months later, with the pandemic easing, workspaces are reopening. But for many, a remote office will be a part of life for some time to come.

With the new Taos, and the electric ID.4, the brand now has a wide range of SUVs to choose from, which almost every car company is striving for these days.

"We hit all the different eras of the SUV segment, you could say," noted Stephens.

The Taos enters a crowded field, for sure. But it brings Volkswagen's own style and feel to the segment. Under the hood, a standard 1.5-liter turbo engine making decent horsepower and beyond decent torque. And there's a crisp feel to the handling, to go with the overall vibe. Okay, it's no VW GTI on the road, but it moves about just fine.

Though the base S model doesn't quite come with everything, Volkswagen's IQ.DRIVE safety and technology suite can be added for $995 more. So, you still have a vehicle loaded with safety tech for around $25,000. And as you move up the price scale to the SE and SEL trims, more of it comes along as standard. VW says it wanted to make sure the latest safety tech is available on the base model, even if it's not quite standard at the lowest price.

"But it is available for everyone. And that was really important to us, to make it available," said Stephens.