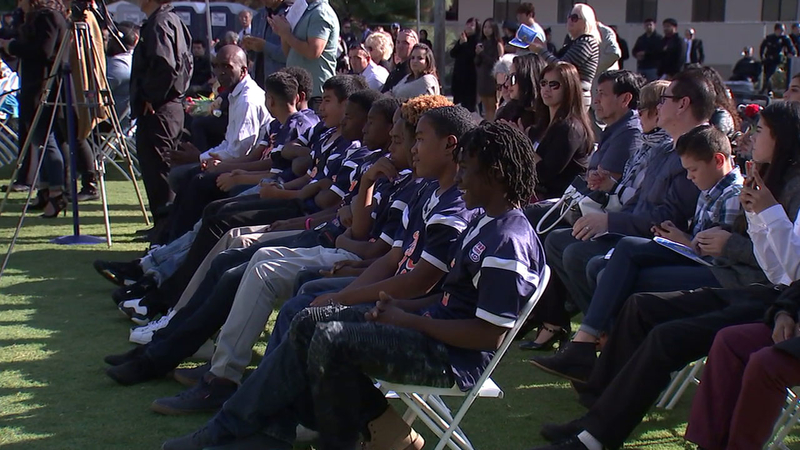 The football team, which consists of players who live in housing projects in Watts, beat the odds and are thankful for their law enforcement coaches.

They've been waiting six long years to be called champions. The team was honored for their win over Palos Verdes on Wednesday by Chief Charlie Back at an LAPD recruit graduation ceremony.

"I am hoping that out of the 11 of you that were able to come that one or two of you may decide that you want to sit in those seats," Beck said.

The young athletes admit they were at first skeptical of police officers taking an interest in their lives, but they eventually began to trust them.