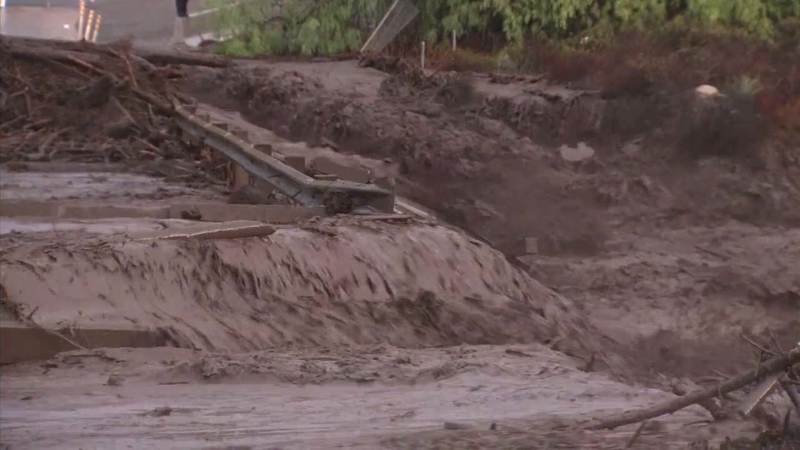 TRABUCO CANYON (KABC) -- Evacuation orders have been lifted for residents in Trabuco Canyon, though a major road closure remains in effect after heavy rain doused the area.

However, sheriff's officials emphasized that Trabuco Canyon Road will remain shut down between Plano Trabuco Road and just south of Rose Canyon Road due to flood debris.

Orange County residents have a big day of cleanup ahead after heavy debris washed out a bridge in Trabuco Canyon on Thursday amid heavy rains.

There was major flooding in Costa Mesa, where a man was seen using his surfboard to reach a pick-up truck.

Also, more flooding occurred at 17th Street and Superior Avenue -- one of several intersections police had to shut down after several cars stalled.