California makes it through another day of heat without rolling blackouts

The state's Flex Alert was on again Wednesday but by the evening the California ISO said no forced outages would be necessary.
KABC
By Marc Cota-Robles 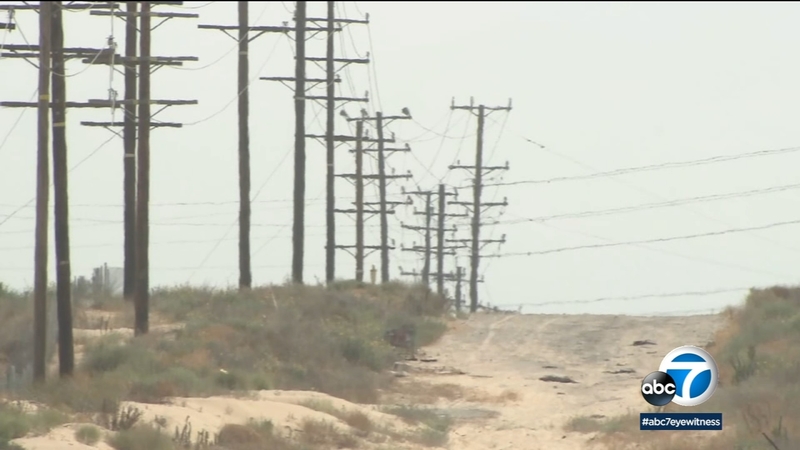 LOS ANGELES (KABC) -- The California Independent System Operator, which operates the state power grid, declared a Stage 2 Emergency Wednesday, but by early evening declared that no forced outages would be necessary that day.

A Stage 3 Emergency initiates rotating power outages, according to the California ISO.

For the Flex Alert, which started an hour early Wednesday, scheduled from 2 p.m. to 9 p.m., residents were asked to use air conditioning early in the day and set thermostats at 78 in the afternoon and evening hours, while avoiding the use of major appliances between the hours of 3 and 10 p.m.

Officials were also urging businesses statewide to restrict their usage. In some cases, the state is asking business owners to support outreach to their customers about conserving energy.

On Monday, Gov. Gavin Newsom warned Californians to be prepared for more rolling blackouts over the next 72 hours -- which he called "very likely'' -- as the state struggles to meet demand for electricity during a historic, record-breaking heat wave.

Meanwhile, an excessive heat warning -- which has been extended since it was first issued last week -- will be in effect until 9 p.m. Thursday in the San Fernando, Santa Clarita, San Gabriel and Antelope valleys, as well as the San Gabriel and Santa Monica mountains. The National Weather Service said conditions in those areas would be "dangerously hot.'' In inland Orange County and the Santa Ana Mountains, the warning was in effect until 10 p.m. Thursday.

By early Wednesday about 4,700 Los Angeles Department of Water & Power customers were without power in West Hills and Studio City due to a strain on the utility's distribution system caused by the heat wave.

The LA outages were caused by excessive demand and strain on the system, and were not related to Cal ISO's decision whether to impose rolling blackouts statewide.

At the height of the outage Tuesday evening, at least 12,000 customers were without power, according to DWP spokesman Joe Ramallo.

LADWP said power for some customers may not be restored until Wednesday afternoon. As of 4 a.m., 4,813 customers were without power, mostly in the Sun Valley, West Hills, Elysian Valley and Echo Park areas. Smaller outages were reported in Canoga Park, Panorama City, Arleta, Tujunga, Beverly Grove, Westlake and Mid-City affecting 160 or fewer customers

Repair crews took advantage of cooler temperatures overnight to make progress in restoring power to affected customers and teams will work around the clock to get customers back online, Ramallo said.

The Inland Empire is seeing triple-digit temperatures during this week's heat wave and local residents are trying their best to keep cool and safe.

Forecasters warned that excessive heat and a heightened risk of wildfires would last at least through Thursday.

"Extreme heat will significantly increase the potential for heat related illnesses, particularly for those working or participating in outdoor activities,'' according to the weather service. Take extra precautions if you work or spend time outside. When possible reschedule strenuous activities to early morning or evening.''

The heat wave is the fourth to attack the region this summer as well as the longest and fiercest. It is caused by a strong ridge of high pressure anchored over Nevada, forecasters said.