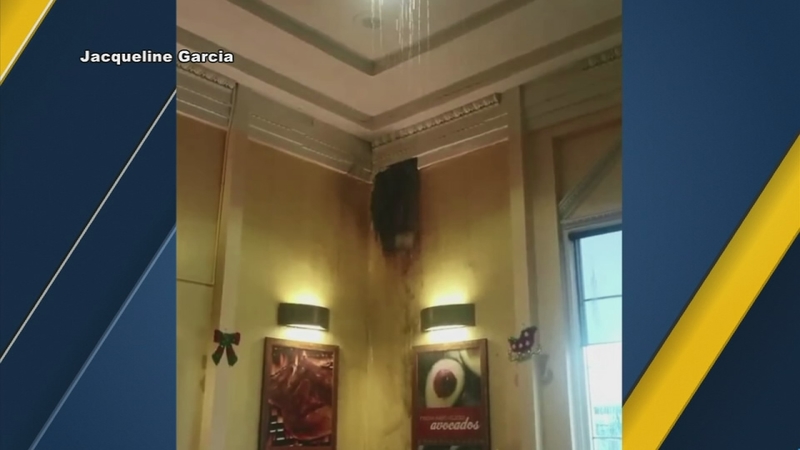 Jacqueline Garcia captured video at the El Pollo Loco on North Broadway at about 1 p.m. when water started to leak into the building.

In the video, an entire chunk of the wall gives way as water comes pouring into the restaurant. Garcia said people were evacuated, but people were later allowed back in after it stopped raining.

The first round of El Nino storms wreaked havoc on Southern California Tuesday morning and afternoon.

Flood waters closed the Sepulveda Basin in Los Angeles, and one motorist even had to climb out of his car and jump to safety after driving onto a flooded street.

Minor mud flows were reported in the Azusa and Glendora near the Colby Fire burn area.

While the latest round of rain let up later Tuesday, more rain is expected to hit the Southland on Wednesday.