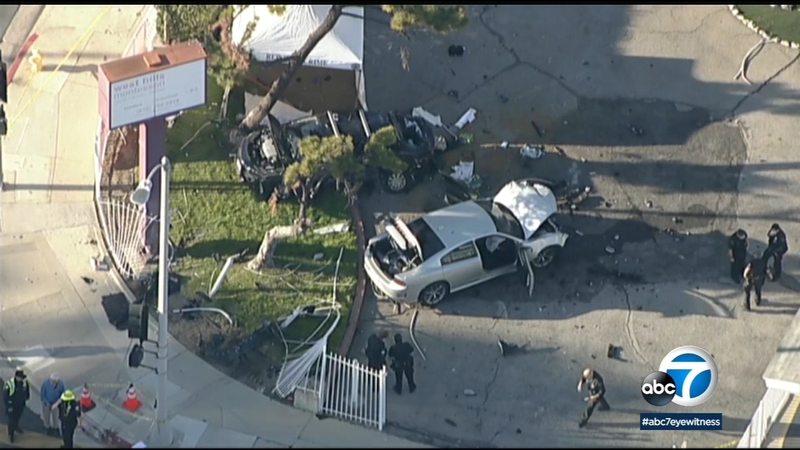 WEST HILLS, LOS ANGELES (KABC) -- An innocent driver was killed Friday afternoon in West Hills when a car driven by a suspected street racer crashed into another car.

The crash was reported around 4 p.m. in the 24000 block of Vanowen Street. Two to three cars were street racing northbound on Valley Circle Boulevard when one of the cars lost control, crashing into a woman's Prius that was going westbound, according to the Los Angeles Police Department.

Firefighters say bystanders initiated CPR on the woman but she was pronounced dead at the scene. Her name or age has not been released.

Police say the suspected street racer that hit her was taken to the hospital in critical condition.

"Street racing is illegal and can have serious & deadly consequences," the LAPD tweeted. "It's not worth it."

A bystander also sustained minor injuries while helping pull a patient from one of the wrecked vehicles, according to officials.