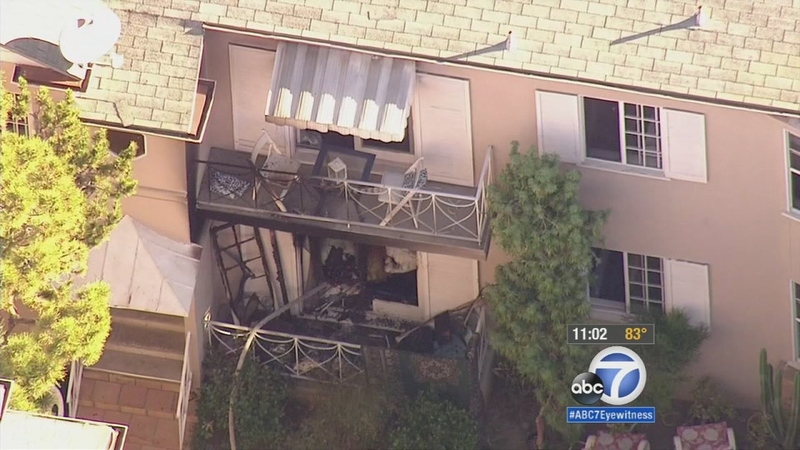 WESTWOOD, LOS ANGELES (KABC) -- A homicide investigation was underway after a woman was found dead at the scene of an apartment fire near the UCLA campus in Westwood on Monday.

Los Angeles fire officials said the blaze occurred in a first-floor unit of a two-story apartment building in the 10900 block of Roebling Avenue around 7 a.m.

The flames were extinguished in about 15 minutes before it could spread to any other units. The cause remains under investigation by arson detectives.

The Los Angeles and UCLA police departments said they were investigating this death as a homicide. The cause of death was unknown. No other injuries were reported.

Police initially said they were looking for her boyfriend, calling him a person of interest, but have since stepped back. Authorities earlier said the woman's boyfriend was seen running from the apartment shortly before the fire broke out.

UCLA students who live near the victim said when the fire broke out, they knew she was inside and screamed for her to get out. Others said they spoke to the victim outside of her apartment Sunday night.