An Ontario, Canada, man found his holiday home on Lake Erie caked in thick ice. It happened after a severe blizzard in the region. If that wasn't bad enough, the homeowner says when he went inside, he found a foot of water in the basement.

Residents of the Fort Erie community, coincidentally named Crystal Beach, said the waves were crashing over their Lake Erie break wall during the storm.

"Then the water has frozen up the backsides of the houses, so from the tops of the houses all the way down," Derek Tupling told CNN news partner CTV. "So, you can just imagine the sheer volume and strength of water coming up over the wall to hit it and then freeze -- flash freeze -- immediately. It's absolutely incredible."

The community is west of Erie County, New York, where the death toll from the historic blizzard has climbed to over three dozen, most of them in the city of Buffalo.

In Fort Erie overnight low temperatures dropped into the single digits during the storm -- around 20 degrees below average for this time of year. Forecasts from the National Weather Service warned that winds over Lake Erie would climb to 60 mph and waves could grow to more than 25 feet during the peak of the storm last Friday and Saturday. Forecasters cautioned that "heavy freezing spray" could accumulate on surfaces at nearly an inch per hour.

As those waves crashed onto the shore, the super-cooled water froze rapidly onto surfaces. 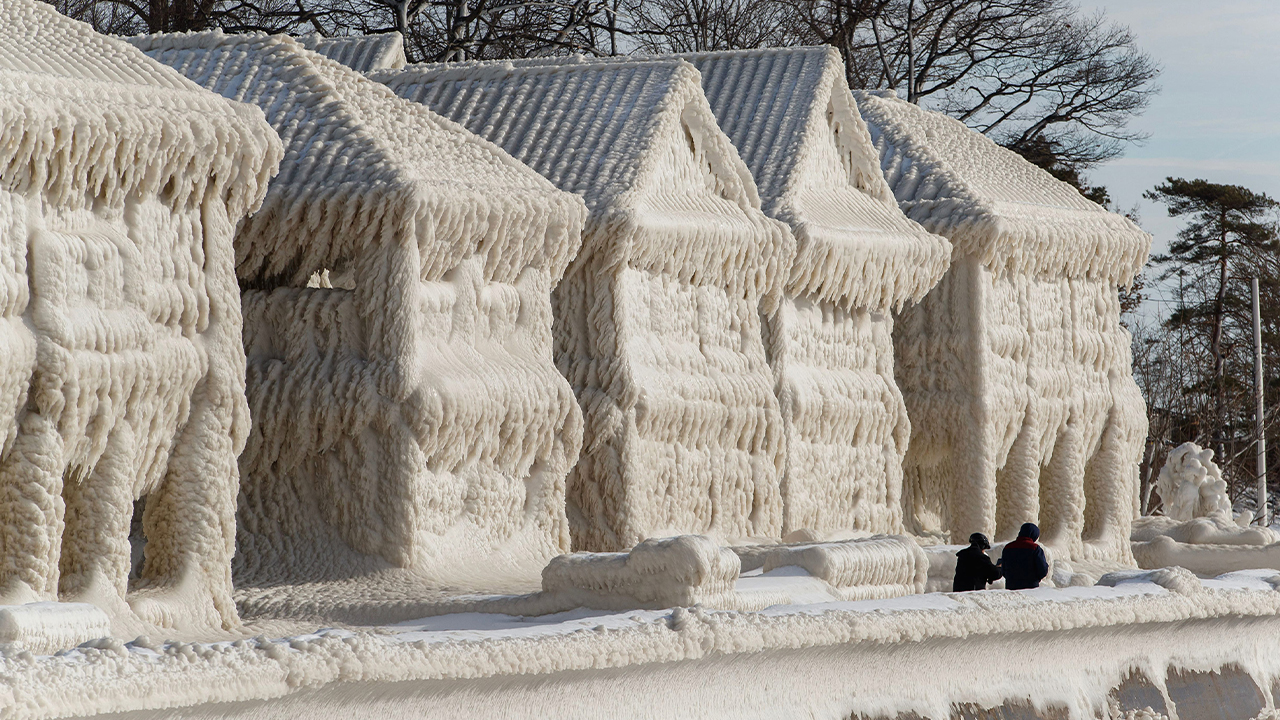 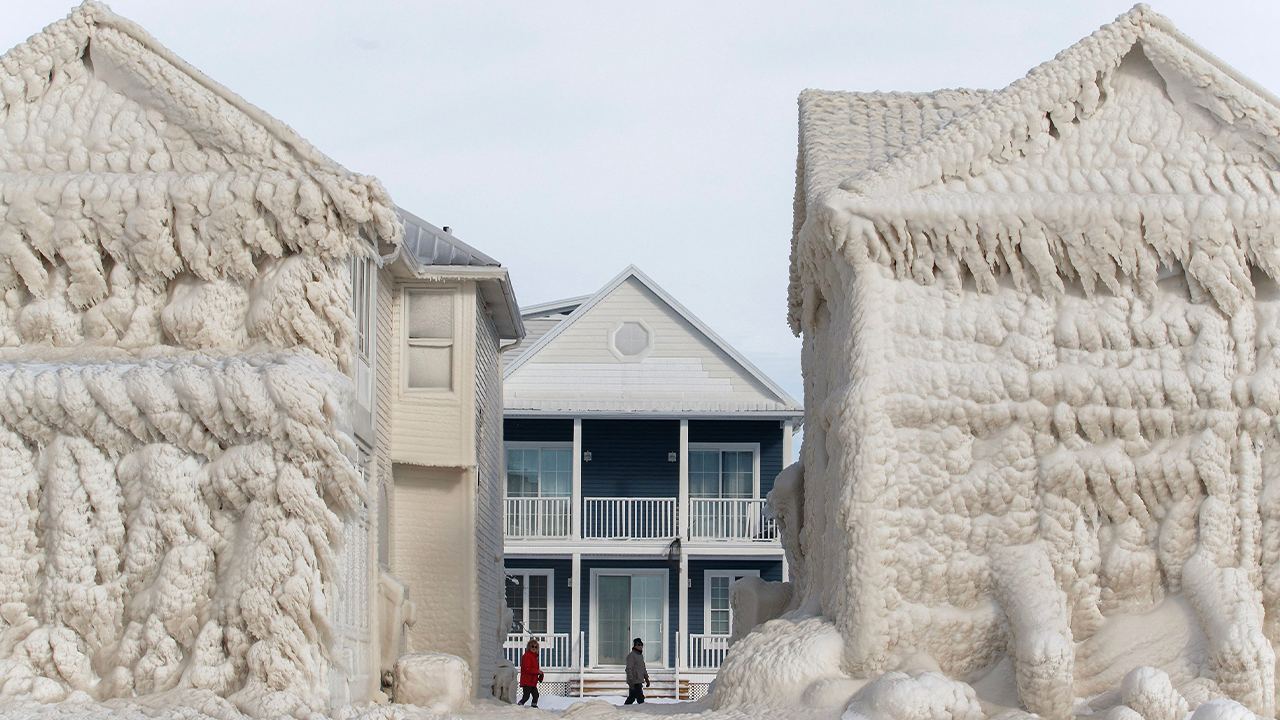 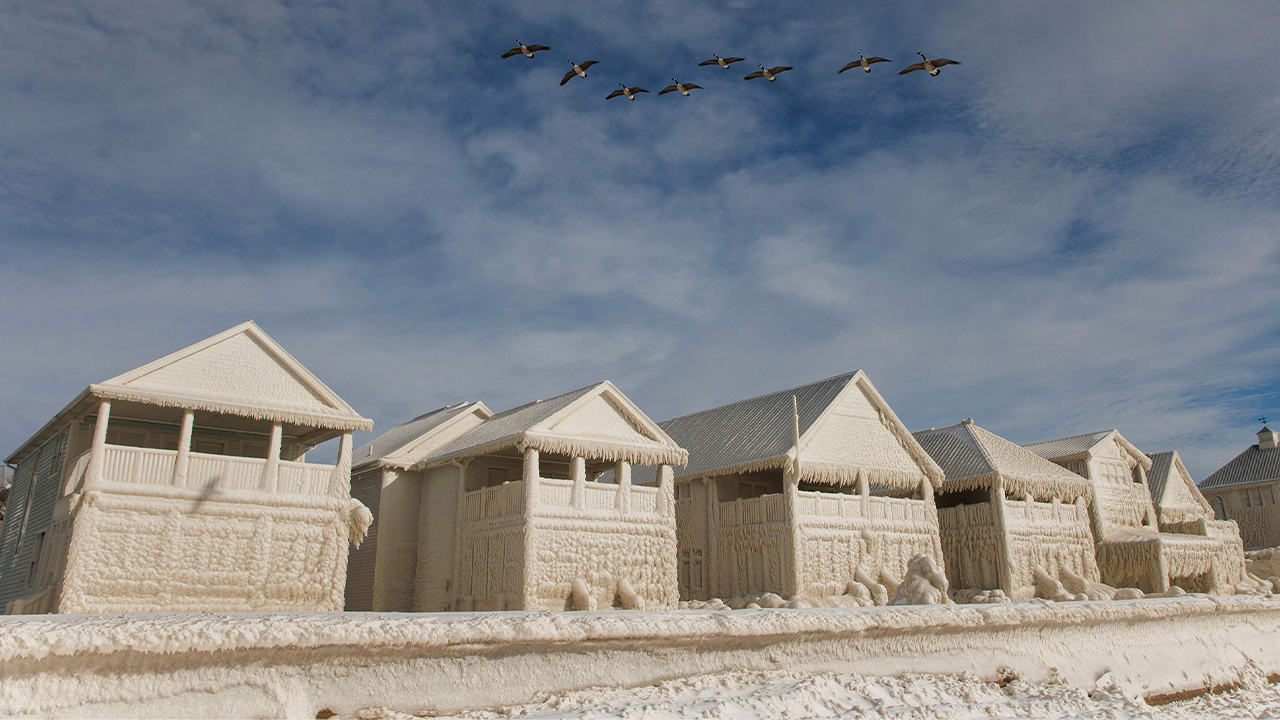 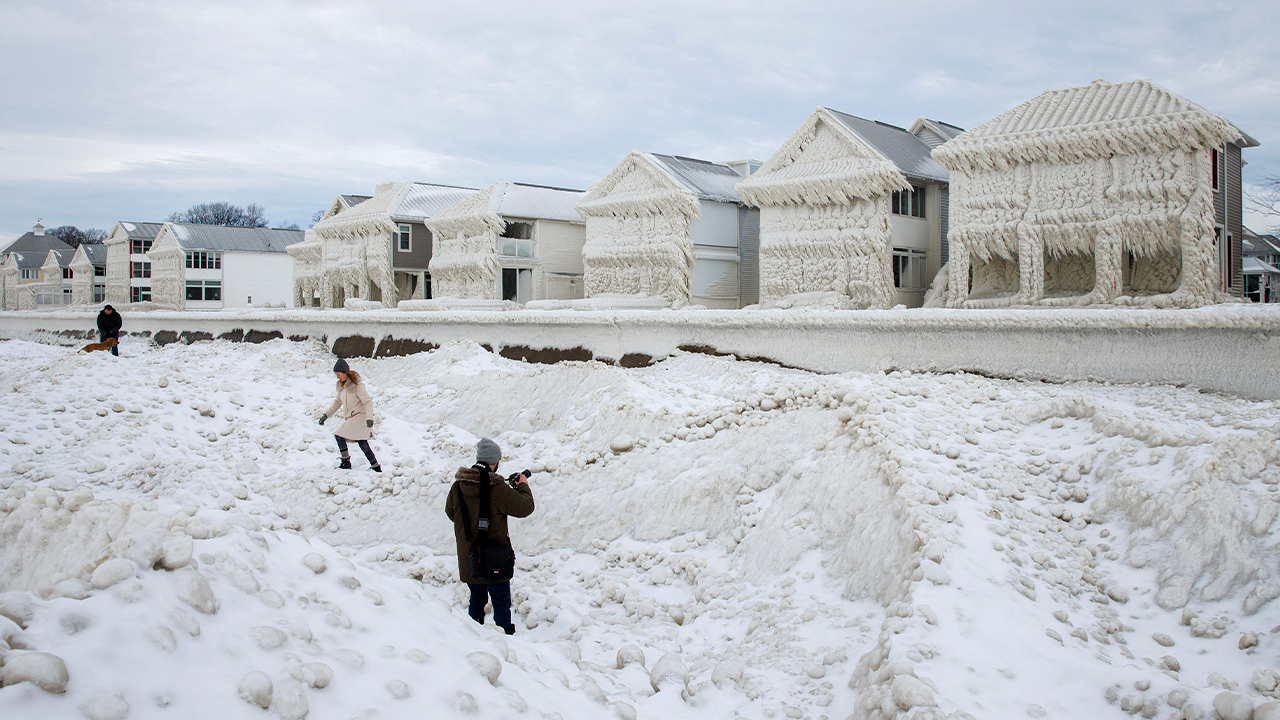 Tupling told CTV that the ice that accumulated on the Crystal Beach homes was at least a foot thick, and residents were concerned about damage due to the weight of the ice.

"We've been here for a long time and have never seen weather as bad as that over that period of time," Tupling said. "The damage that's been caused and the destruction on the backsides of these houses of where we are now is unbelievable."

Temperatures in the Fort Erie area are expected to climb into the 40s on Thursday and the 50s on Friday -- around 20 degrees above normal -- which will lead to a massive thaw and pooling water.