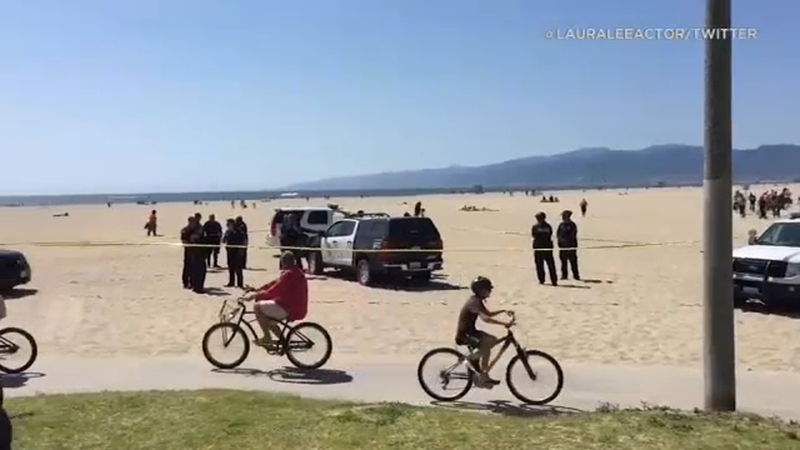 LOS ANGELES (KABC) -- A relaxing day on the beach turned into a nightmare for a Southern California woman when she was accidentally run over by a Los Angeles Police Department cruiser and rushed to the hospital.

In an exclusive interview with Eyewitness News, the woman asked that her face and name not be shown.

The 36-year-old, who only wants to go by Aurora, recalled the incident that happened on Easter Sunday. She was relaxing on the sand at Venice Beach.

"I remember screaming so I was definitely in pain, but I don't remember specific sensations of pain. I just remember that it was awful," she said.

Aurora said she had fallen asleep just off the boardwalk, by other sunbathers, when an LAPD vehicle patrolling on sand ran over not just her head, but the length of her body.

Police say the officers did not see her lying on the sand.

An off-duty E.R. physician who happened to be at the beach stayed with Aurora until paramedics arrived.

After three days in the hospital, she said she's nursing broken ribs and still suffers dizziness, but she said it could have been so much worse.