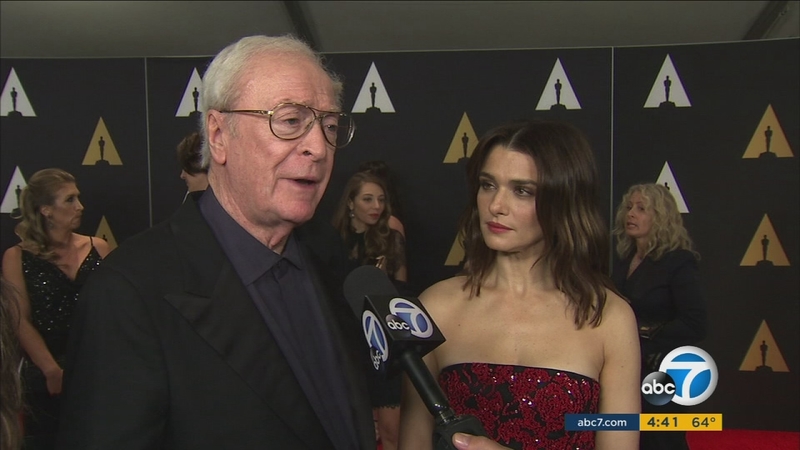 Caine plays a once successful music conductor who is trying to figure out how to live his life as a retiree.

He portrays a man in his 80s who is not quite sure how he should be behaving now that he's getting older.

His daughter, played by Oscar winner Rachel Weisz, is trying to help him realize you can find your youth at any age.

Caine said there are several lines in the movie that he could relate to personally.

One had a doctor asking his character how it feels to be old.

Caine and Weisz hadn't worked together before filming "Youth," but during the shoot they became fast friends.

"It's always intimidating before you get to know somebody when they're just a legend and an icon, which Sir Michael is, but I got to know the human being and he's incredibly human and humble and down to earth and unpretentious," Weisz said. "He's the most unpretentious blessing I've ever worked with. So very quickly he became my mate."

"We became great friends, and it's easy. That's what's great. If you can get that relationship when you're acting, it's lovely," Caine said.