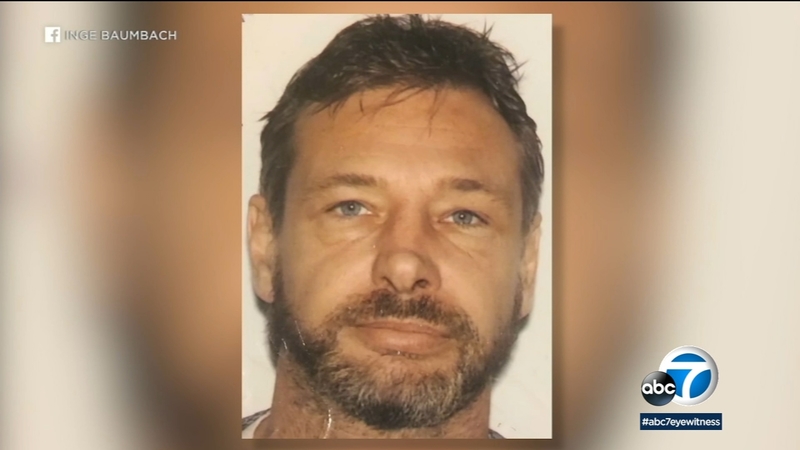 MALIBU, Calif. (KABC) -- Malibu residents are still in shock over Tuesday morning's discovery of a body in the back parking lot of Trancas Country Market, an upscale shopping mall along the Pacific Coast Highway across the street from Zuma Beach.

Inge Baumbach, a 58-year-old overnight security guard who patrolled the shops, was found dead. Homicide detectives are now calling it a suspicious death.

"I pulled up to the parking lot right here around seven and that's when I looked up to my right, I saw someone laying down," said Nicolas Cabrera, who works at the Trancas Canyon Nursery. "Then, I approached it and just saw blood on the floor. That's when I decided to call the cops."

Cabrera told Eyewitness News he found Baumbach's body when he arrived for work at 7 a.m. on Tuesday. Detectives said Baumbach died of blunt force trauma to the upper torso and head.

They haven't located a weapon and it's unclear whether the incident was an accident or if another person was involved.

"Polite conversation. Friendly conversation a couple times. Nothing in depth really. He was a good man," recalled Nelson. "He's just quiet and kept to himself and he would stay in his car here all day long, and then about five o'clock, he would move his car behind the cleaners and start his shift."

Detectives have since seized surveillance footage from Trancas Canyon Nursery, which is next to the parking lot where Baumbach was found.

Anyone with information is urged to contact the Los Angeles County Sheriff's Department's Homicide Bureau.