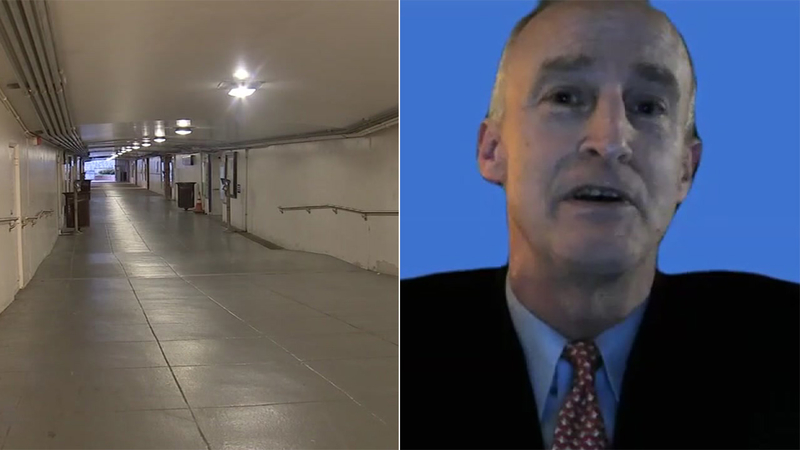 SAN JOSE, Calif. -- Early in the morning on March 10, Brandon Haase heard screaming as he was transferring trains at a station in San Jose.

"I saw a woman on her back with a man crouching over her," he said as he walked into the tunnel underneath the tracks at Diridon Station.

The woman was a 26-year-old Asian woman. Haase said he didn't hear it at the time, but the woman later told police the suspect had been yelling anti-Asian slurs at her while he grabbed her by the neck.

Haase jumped into action and started to approach the man, telling him to get on the ground.

"It was instinctive. I didn't think for a second. That guy angered me and I just went after him," said Haase.

Haase ended up chasing the man around the station, pleading for the nearby security guards to call 911.

The victim's boyfriend had just dropped her off and was on the phone with her when she started to scream, says Haase.

"He turned around to get back to the station," he said.

When the boyfriend arrived, they ended up chasing the suspect to the end of the parking lot across from the SAP Center where they were able to subdue him long enough for San Jose police to arrive.

While he says he never hesitated to help, he worries what would have happened if he and the boyfriend hadn't been there.

"Easily that man could have slipped out and our citizens would be unsafe with this guy still at large," he said, critical of the apparent lack of security on site.

The man taken into custody has been identified as Johan Strydom, a 32-year-old San Francisco resident.

He was charged with intent to commit rape and assault with force likely to cause great bodily injury. The DA's Office also added hate crime enhancements to the charges, claiming he had yelled "(Expletive deleted) you, Asians" to the victim as he allegedly grabbed her by her neck and threw her to the ground.