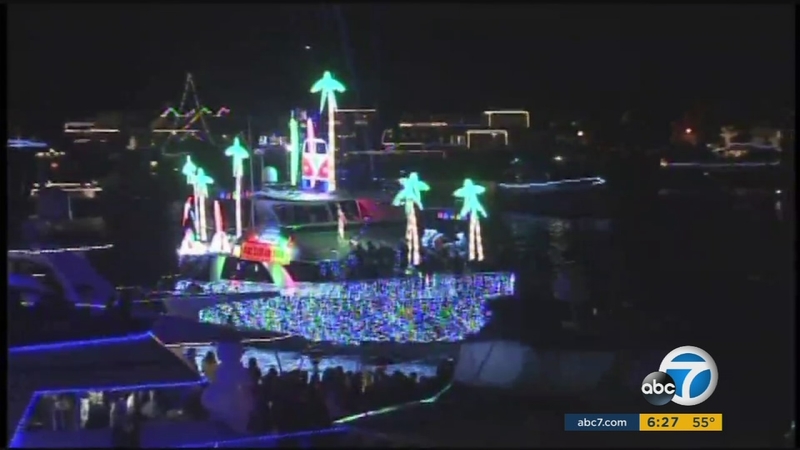 Nearly 100 boats of every size dressed up to show holiday spirit in the longest running parade of its kind.

Wednesday marked the first of five nights of the celebration.

"My grandfather was one of the originators back in the early days and there were a couple glitches with the World Wars, but other than that this has been going steady for 107 years now," David Beek, the Newport Beach Christmas Boat Parade co-chair said.

This year's parade grand marshal was Arte Moreno, the owner of the Los Angeles Angels, who has also lived in the area for the past 14 years.

"Until you see it, you won't believe it. The boats, the people are so creative and very Christmassy, and funny and just everything," Moreno said.