KABC
By Miriam Hernandez
BUENA PARK, Calif. (KABC) -- It's a squeaker of a race. A single point in the polls separates Democrat Gil Cisneros from Republican Young Kim in the 39th congressional district.

Still, both candidates are mindful that on Tuesday, the numbers could go either way.
Report a correction or typo
Related topics:
politicsorange countyvotingelection 2018vote 2018congressional race2018 electioncongress
Copyright © 2020 KABC-TV. All Rights Reserved.
RELATED 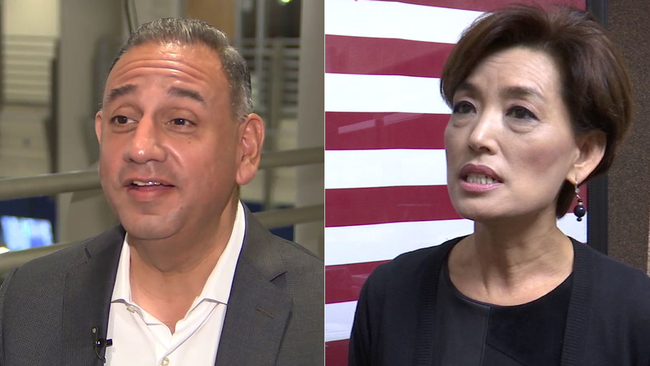