Police say the man was wearing a 49ers jersey when he was found, though it's unclear if he was targeted for being a Niners fan.
KABC
By Jory Rand and Rob Hayes 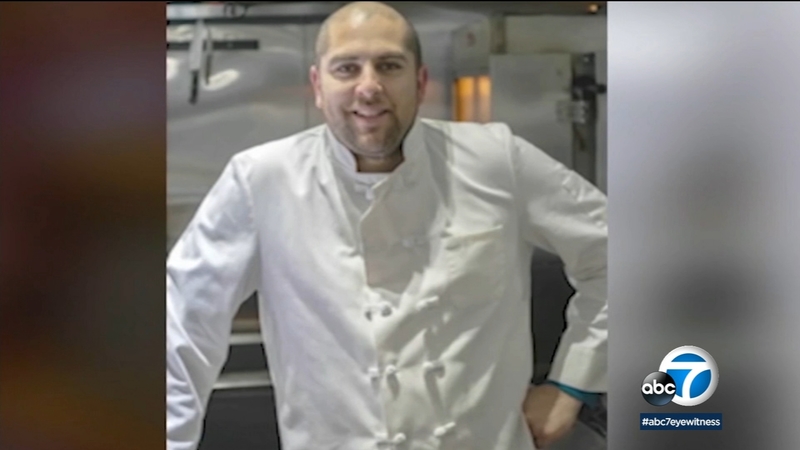 According to Inglewood police Lt. Geoffrey Meeks, 40-year-old Daniel Luna - a restaurant owner from Oakland - was found in Lot L at around 4 p.m.

Meeks said emergency room staff told him Luna may have been assaulted based on his injuries. They say he suffered serious injuries to his upper body and his face.

A fight at a Dodger Stadium parking lot during Friday night's game left a 47-year-old man with critical injuries.

The restaurant owner remains hospitalized at Harbor-UCLA Medical Center in a medically-induced coma, according to Meeks.

Meanwhile, police are working with SoFi Stadium's security team and are reviewing surveillance footage near the area.

Inglewood police say they weren't alerted to the incident until hours later.

The Rams took the NFC crown with a 20-17 victory over San Francisco on Sunday, landing them a spot in the Super Bowl.

Police say Luna was wearing a 49ers jersey and black pants when he was found, though it's unclear if he was targeted for being a Niners fan.

Police have no suspect description.

SoFi Stadium has since issued the following statement regarding the incident:

"We are aware and saddened by the incident. Our thoughts are with Mr. Luna's friends and family during this difficult time. We are working with law enforcement officials in their investigation."

In 2011, a brutal attack on a San Francisco Giants fan outside of Dodger Stadium made national headlines.

On Opening Day that year, Bryan Stow, a father of two and a former Santa Cruz paramedic, was savagely beaten by Dodgers fans.

He was left with serious brain damage. His attackers were sentenced to years in jail.

Bryan Stow has spoken out for the very first time about the brutal attack at Dodger Stadium that left him severely brain damaged.