RIVERSIDE, Calif. (KABC) -- A robbery suspect who was arrested after allegedly holding up a Carl's Jr. and then leading police on a chase in Riverside last week has been charged in two fast-food robberies.

The suspect, identified by officials as 28-year-old Jose Felipe Fernandez, was charged by the Riverside County District Attorney's Office on Monday with two counts of robbery with an enhancement of using a firearm in a felony.

The two robbery counts relate to the Carl's Jr. heist, which occurred last Thursday, as well as a robbery at a Pizza Hut - both in Riverside, officials said.

In the Carl's Jr. incident, officials said Fernandez robbed the restaurant, which is located at Magnolia Avenue and Ross Street, and then he tried to drive his car into a field. The car crashed and caught on fire. The blaze charred around 1 acre of surrounding brush before it was knocked down. Fernandez made it out of the flames only to be arrested.

It is not known if Fernandez is linked to nearly two dozen similar robberies in Orange County. Authorities are investigating if they are connected.

The modus operandi in the Carl's Jr. robbery appears mostly similar to the string of Orange County holdups. In most of the cases, the suspect brandishes a weapon, shows a note to the clerk demanding cash and then flees the scene.

However, during the Carl's Jr. heist, a second suspect fled from police. He remains on the loose, and authorities want to find him.

Fernandez appeared in court Monday and pleaded not guilty to all charges. A preliminary hearing was scheduled for August.

He remains in custody at Robert Presley Detention Center in Riverside on $1 million bail. 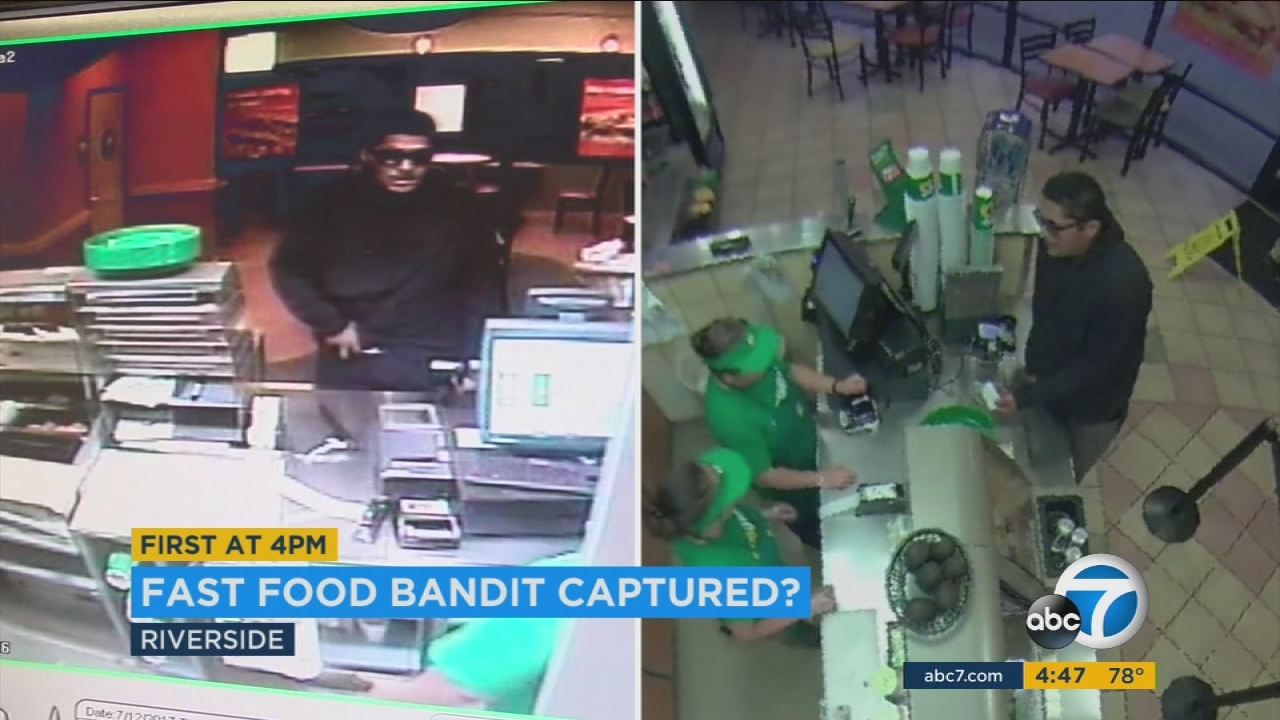 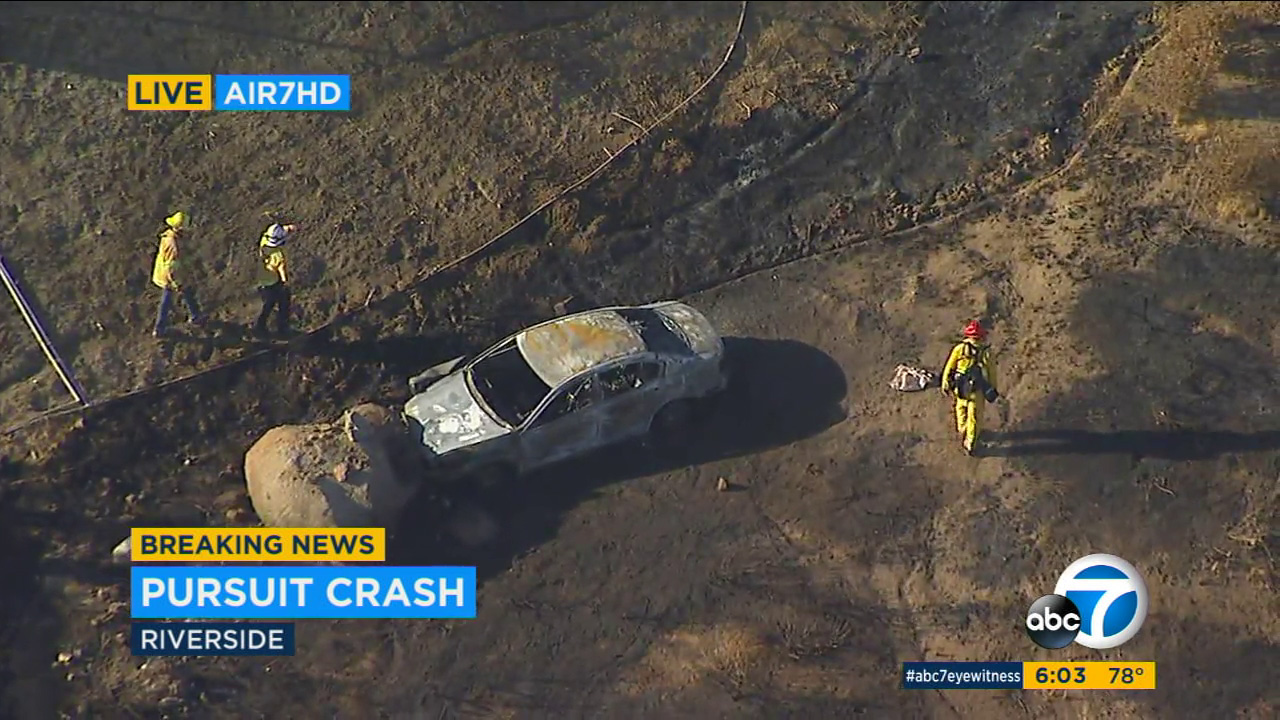 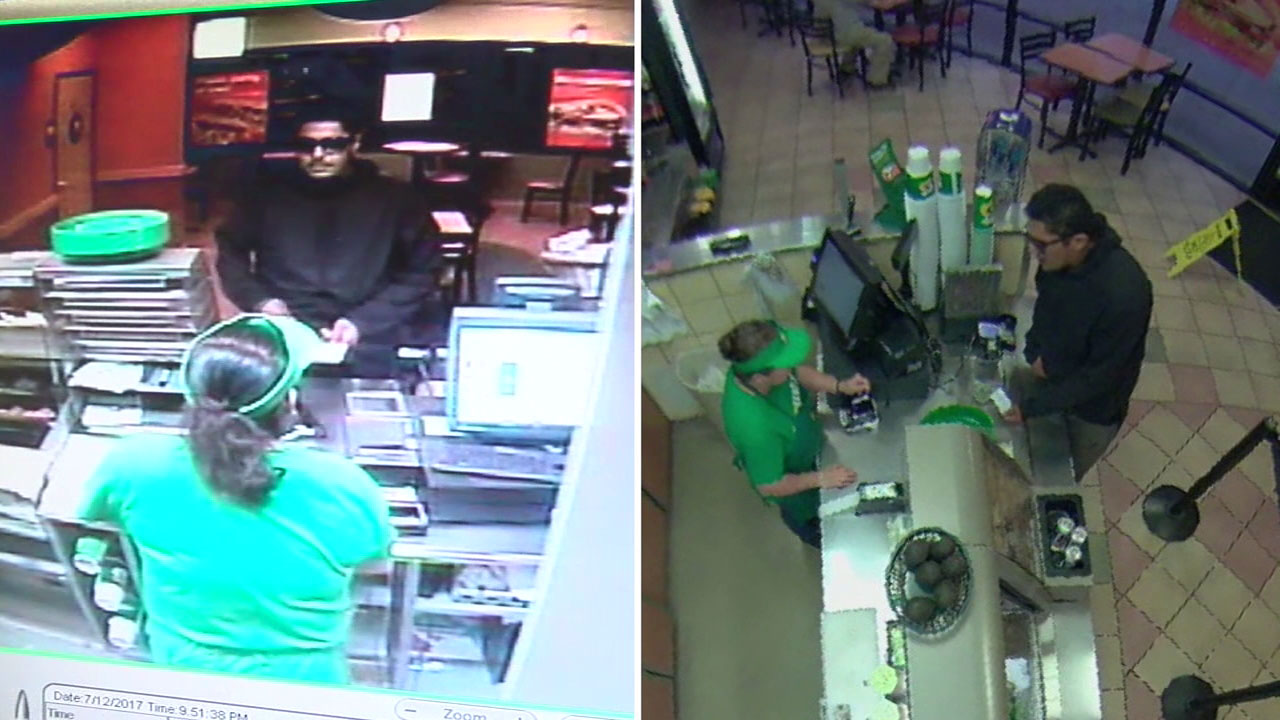