Grab the tissues! Love was certainly in the air for this couple.
KABC 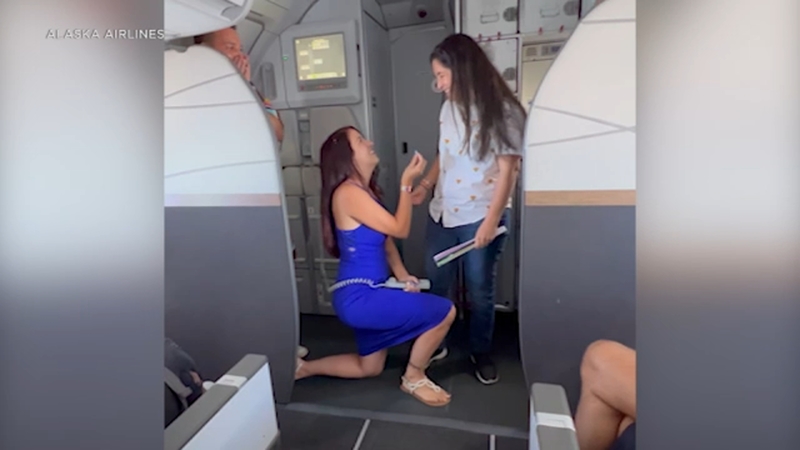 ALASKA (KABC) -- Grab the tissues! Love was certainly in the air for this couple.

Veronica Rojas, a flight attendant for Alaska Airlines, surprised her girlfriend with an unforgettable wedding proposal on a flight to Los Angeles.

Rojas met her girlfriend, Alejandra Moncayo, on a flight in 2020.

On Wednesday, she told Moncayo - a newly-hired Alaska Airlines pilot - she was taking her on a quick trip from San Francisco to L.A.

During the flight, Rojas got down on one knee and in true flight attendant-fashion, used the PA system to propose to Moncayo.

The aircraft was decked out in special décor as a "Pride in the Sky" plane in honor of Pride Month, according to Alaska Airlines.

But that's not how the story ends.

While Rojas was planning her proposal, Moncayo was also planning to propose that same day!

She popped the question when the plane arrived at the gate.

It's safe to say the couple is feeling double the love!