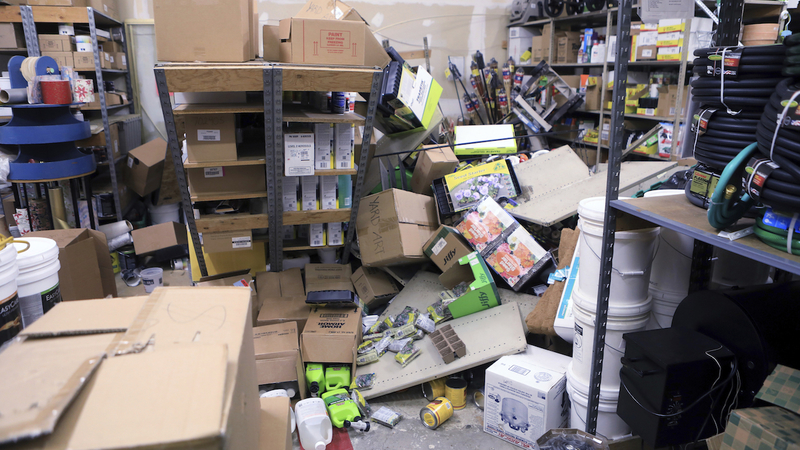 Alaska earthquake: Videos from during and after the 7.0 quake

ANCHORAGE -- Cereal boxes and packages of batteries littered the floor of a grocery store after the earthquake Friday morning that rocked buildings in Alaska's largest city, and picture frames and mirrors were knocked from living room walls.

Local television station KTVA-TV was among the countless businesses heavily damaged in a pair of back-to-back earthquakes that hit Alaska's capital early Friday.

Alaska averages 40,000 earthquakes per year, with more large quakes than the other 49 states combined.

Officials have canceled a tsunami warning for coastal areas of southern Alaska following the 7.0-magnitude earthquake that shook Anchorage.

National Tsunami Warning Center senior technician Michael Burgy said the tsunami warning was automatically generated. Officials monitored gauges to see if any underwater landslides would generate tsunami waves. Because there were none, the warning was canceled.


Police had told residents of the island community of Kodiak to head to higher ground.

The quake damaged buildings in Anchorage and buckled roads and sent people running into the streets.

There were no immediate reports of serious injuries or deaths.