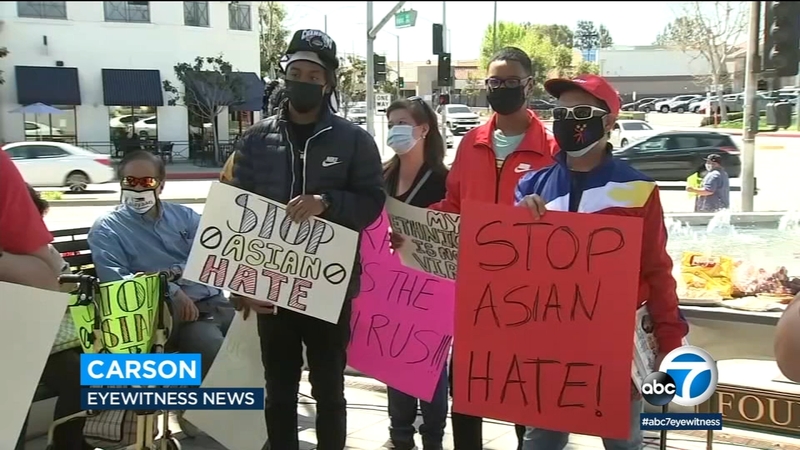 KOREATOWN, LOS ANGELES (KABC) -- Rallies across Southern California were held Sunday in conjunction with a nationwide effort to condemn the growing hate and violence targeting the Asian American community.

While there has been a rise in anti-Asian violence around the country, the mass shootings in Georgia that left eight people dead -- six of them Asian women -- nearly two weeks ago have the community on edge.

Churches across the country took part in prayer rallies, acknowledging the pain by the Asian American Pacific Islander community and focusing on the healing and social justice needed to move forward and to ultimately stop the hate.

At one rally in Koreatown, participants read the names of the women who were killed in the Georgia shootings.

In Carson, a rally was held in front of city hall with local officials calling for change and asking everyone to stand in solidarity with the Asian community while condemning hate crimes and racist rhetoric.