The 14-year-old victim was a running back on Apple Valley High's junior varsity team.
KABC
By Leanne Suter 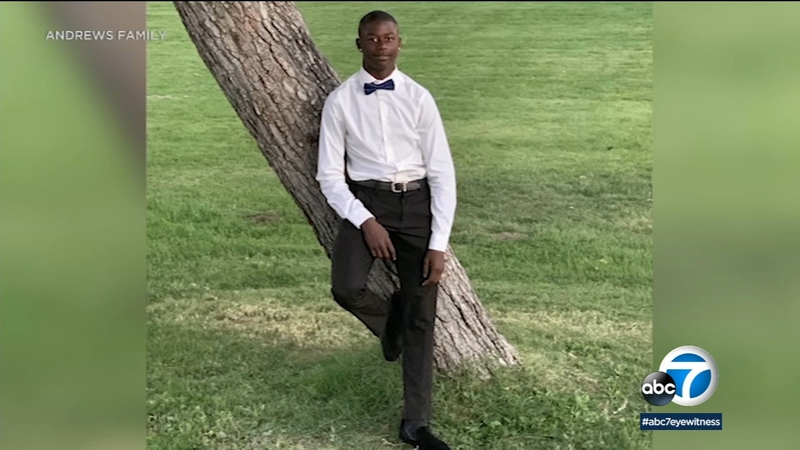 APPLE VALLEY, Calif. (KABC) -- A 42-year-old man was arrested in connection with a hit-and-run that killed a young student athlete in Apple Valley.

Police say Chad Goodro was taken into custody on Monday and is now facing a felony hit-and-run charge.

The crash happened on Ottawa Road, between Navajo and Manhasset roads last Tuesday. Lawrence Andrews, a 14-year-old football player at Apple Valley High School, was hit by a car going over 60 mph near James Wood Park.

Witnesses say the teen was there to help coach his younger brother's football team.

"The car was gone before my baby even landed from the air," said the boy's mother, Sarah Andrews. "Next thing, it was like the car sped up as it got closer, and I barely pulled my younger one out of the way, and I went back to reach for Lawrence, but he wasn't there. He was gone."

A vigil was held to honor Lawrence Andrews, a 14-year-old running back on Apple Valley High School's JV team, who was killed in a hit-and-run.

The boy was pronounced dead at the scene.

The San Bernardino County Sheriff's Department said an anonymous tip based off of the vehicle description led authorities to the suspect.

Goodro was booked into the High Desert Detention Center following his arrest and was released on a $50,000 bond.