The fire was reported at about 3:30 a.m. at the intersection of Victory Boulevard and North Manning Street. The blaze was still roaring more than two hours later, with flames leaping through the one-story building's roof.

Firefighters initially battled the blaze from the inside but switched to defensive mode and fought the flames from the exterior when the fire spread to the attic. The roof of the building collapsed shortly after. Fire officials said at one point, the blaze caused carbon dioxide tanks inside the building to explode.

There were no reports of injuries, but Victory Boulevard was closed between Cahuenga Boulevard and Manning during the firefight. All roads have since reopened.

The business is called Wholesale Giants and reportedly sells tobacco and food items. 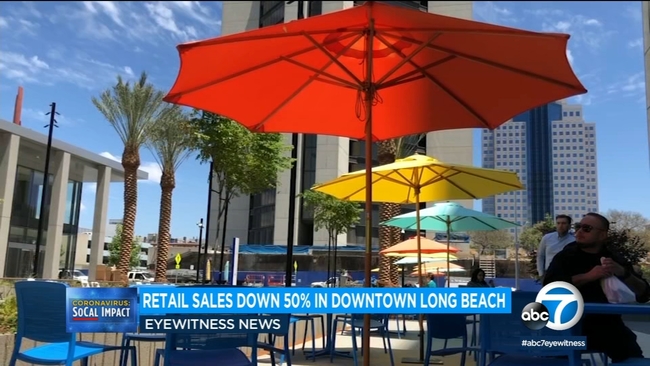