According to the Austin Police Department, the driver "drove recklessly to cause a confrontation with other drivers."
KABC 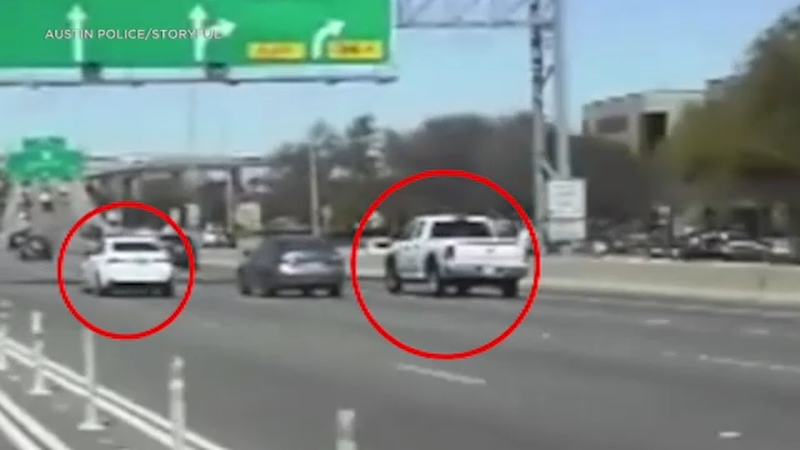 Woman severely injured after driver 'randomly targeted' her on freeway

AUSTIN, Texas (KABC) -- A woman in Texas was hospitalized with severe injuries after she was "randomly targeted" by a driver who crossed several lanes on a freeway and slammed into her, police said.

According to the Austin Police Department, the driver "drove recklessly to cause a confrontation with other drivers."

The incident, which occurred on March 23, was captured on video.

The shocking footage shows the driver - who was seen driving a Lexus IS 300 - approaching the entrance ramp and immediately swerving, crossing several lanes and ramming into the woman's pickup truck.

Wild surveillance video shows the speeding car heading directly toward to the home, hitting a mailbox before flipping several times through the air.

The video shows the truck nearly flip over the side of the freeway upon impact.

According to police, the driver placed his hand through his sunroof to "flip off" the woman seconds before hitting her.

A $1,000 reward is being offered for information leading to an arrest.