Authorities: Woman tried to smuggle $94K of cocaine in her body, bra 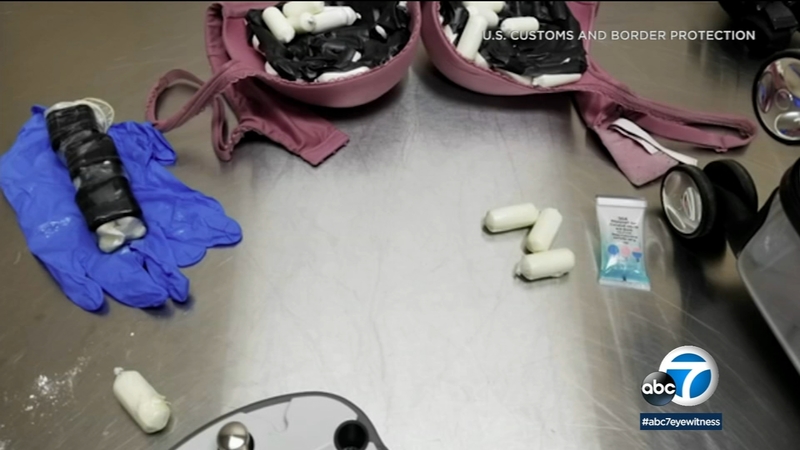 Authorities: Woman tried to smuggle $94K of cocaine into US

NEW YORK (KABC) -- A woman is facing federal narcotics charges for allegedly trying to smuggle more than $94,000 worth of cocaine in her bra, body and purse.

The woman, who authorities identified as Yerlina Lantigua Hernandez DeNova, was arrested April 9 at John F. Kennedy International Airport in New York after arriving from the Dominican Republic.

U.S. Customs and Border Protection officers found three pellets of cocaine in her purse, more in her underwear and then she allegedly admitted she inserted some in her body. The agency says they found pellets containing a white powder within her bra.

When a sample of the pellets were tested, CBP says they tested positive for cocaine.