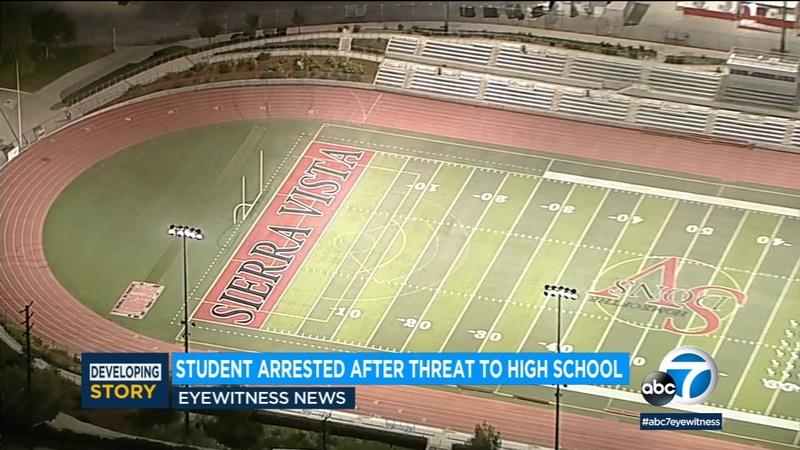 Student arrested in Baldwin Park after threats of explosive devices

An extensive explosive detection search was conducted by a K-9 team and multiple law enforcement agencies and they found no devices at the school.

On Tuesday, the school received a similar threat from the same suspect, BPPD said.

With assistance from the FBI, BPPD detectives were able to identify the suspect, whose name has not been released, and take him into custody.

Mater Dei High School in Santa Ana will be closed through the end of the week due to what's being called a "credible threat."

This comes as another school in Orange County also received what authorities called a "credible threat." Mater Dei High School in Santa Ana will be closed through the end of the week as a result.