The homeowner told Eyewitness News on Sunday it was the bear's third visit that day.
KABC 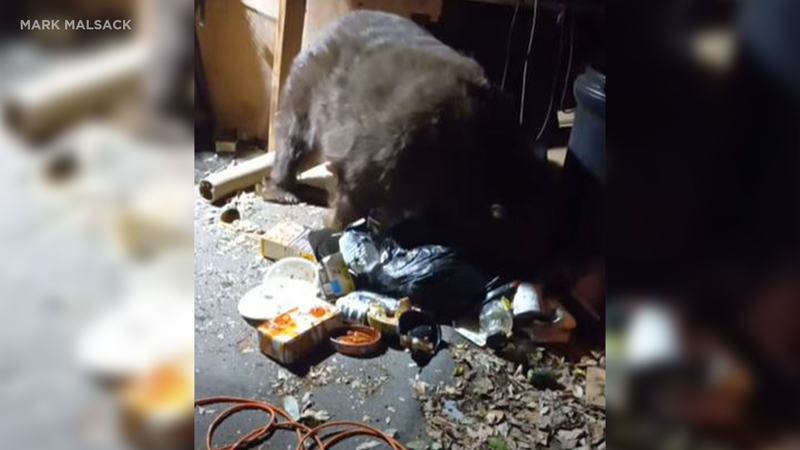 GLENDORA, Calif. (KABC) -- Thanksgiving weekend may be over, but there's plenty of leftovers left - until a bear comes to eat them all.

That's what happened to one man in Glendora.

Mark Malsack found a bear eating some of his Thanksgiving Day leftovers from his trash cans.

He told Eyewitness News on Sunday it was the bear's third visit that day.

Malsack, who captured the bear rummaging through the bins on video, said he sees quite a lot of wildlife in the area, but this was his first time seeing a bear so close to his home.

Bear sightings are common in the area.

Earlier this month, a bear was spotted taking a dip in a pool after roaming through a San Dimas residential neighborhood.

A bear was spotted taking a dip in a pool after roaming through a San Dimas residential neighborhood Friday evening.

AIR7 HD was over the scene that night as the bear walked on sidewalks and made its way to a family's backyard.

The bear calmly walked along walls between homes and was seen sniffing around a barbeque grill. It found a little resting spot in the home's backyard pool before jumping out and beginning to roam the neighborhood again.

The bear was last seen in the area of Baseline and San Dimas Canyon roads. Officials believe it is familiar with the area.