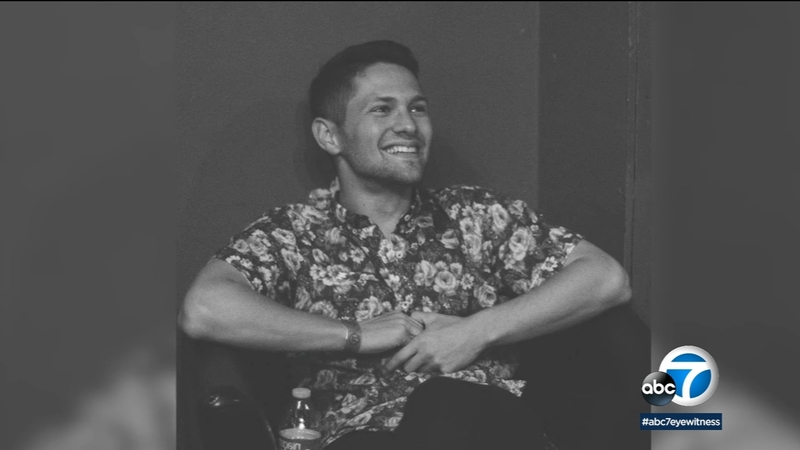 BEVERLY GROVE, LOS ANGELES (KABC) -- A community vigil was held in a Beverly Grove neighborhood Saturday for an innocent man who was stabbed to death in a random attack in his own backyard.

Gabriel Donnay, 31, was killed last week by a man believed to be experiencing homelessness. The suspect, identified as 32-year-old Enoch Connors, was found dead shortly after from a self-inflicted stab wound.

"The world lost the most incredible human. The world is truly a dimmer place without Gabe," said his friend Hilary McCluskey.

Investigators say it appears Connors was living in his car. Witnesses described him as being mentally unstable.

"This was a preventable thing that, in my opinion, could be directly traceable to failures of some of our institutions," said Riley McCluskey, a friend of Donnay.

New details are being revealed in the disturbing stabbing that left one man dead in a Beverly Grove neighborhood.

It's unclear if Connors was connected to a large homeless encampment near the upscale neighborhood, which residents say has increased crime and drugs in the area.

For months, residents say they have been trying to get help from the city and their councilman without any results. Angry residents on Saturday marched to Councilman Paul Koretz's home from the location of the stabbing to demand action.

Koretz's office says it is working with the LAPD and city programs to address the issue.

Friends and family of Donnay, who was an accomplished musician and data scientist, say they hope his death isn't in vain.

"Hopefully enough people will be motivated and inspired by Gabe's life and what a tragedy this was, that we see some change in policy and from our leaders so it doesn't happen again," said Riley.