The attackers are believed to be Armenian due to statements allegedly made during the rampage that sent works and customers running for cover.
KABC 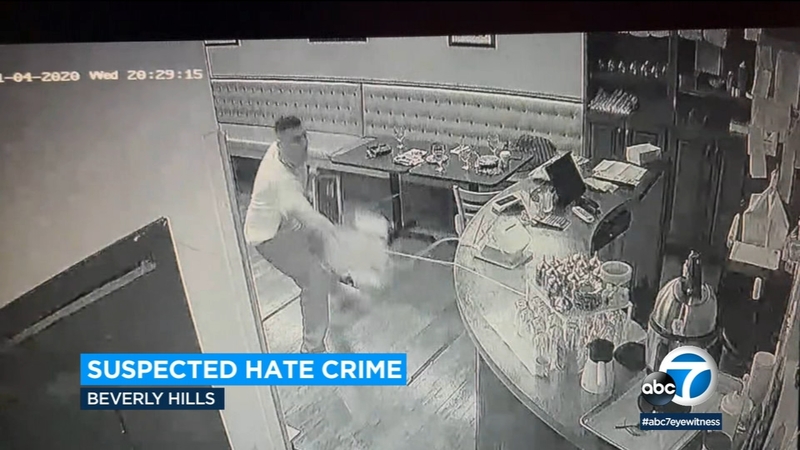 Cafe Istanbul is owned by a Turkish family. The attackers are believed to be Armenian due to statements allegedly made during the rampage that sent works and customers running for cover.

"They stated they were Armenians and they wanted to kill us. They were talking about Azerbaijan and also Turkey and how bad those two countries are," says a family member of the owners who did not want to be identified out of security concerns.

A statement from the Beverly Hills Police Department says that six to eight men entered the restaurant on south Beverly Drive at 8:30 p.m.

Investigators say the suspects physically attacked the employees inside the restaurant and later in the alley outside the business.

The restaurant operator believes that the business was targeted because its name, Istanbul Café, aligns it with Turkey -- its longtime political adversary.

"The BHPD is investigating this unacceptable act of hate and violence. There is no place in our City for this behavior and we ask members of the public to please come forward with any information on the suspects in this case."