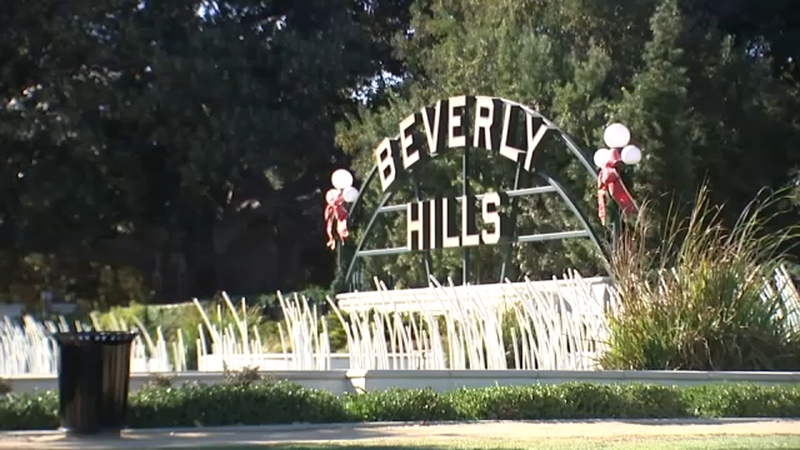 In Pasadena, about 200 flyers were found Sunday along Washington Boulevard, Mentor Avenue, Catalina and Wilson avenues, according to officials. Police say the fliers contained language trying to connect the COVID-19 pandemic to Jewish people.

The Pasadena City Council released a statement saying it was standing firm against hate speech of any kind.

"The distribution of (anti-Semitic) fliers in Pasadena and other Southern California communities over the weekend is abhorrent and totally antithetical to the values of our city and its residents," the city said in its statement.

"Our thoughts are with our residents and those hurt by these disgusting acts. We know Pasadena residents of all faiths will stand together and speak out against hatred in all its forms."

Meanwhile in Beverly Hills, flyers containing hate speech were once again found in the city's southwest side.

The Beverly Hills Police Department has launched an investigation into what they're calling a "hate speech incident" after propaganda-style flyers about the COVID-19 pandemic and Jewish people were found at several homes.

On Saturday, a resident reported finding hate-filled flyers. Officers surveyed the area and found flyers distributed - similar to those used in an incident on Nov. 28.

The flyer -- a single sheet of paper -- contains propaganda-style hate speech related to the COVID pandemic and the Jewish people, according to officials. More than 200 flyers have been collected from the neighborhood.

The Beverly Hills City Council warned that acts of hatred toward members of the community would be rejected outright, issuing a statement saying: "As a city that is made up of a diverse population and being one of the only Jewish-majority cities outside of Israel, the city condemns this unwarranted hate speech that has been unsuccessfully used to disparage a community that has, and always will, stand strong together and fight hatred of any kind."

The statement said the police department was investigating the incident and would provide additional patrols supplemented by private security throughout the city to ensure a safe holiday season.

Police in both cities are now asking the public to check security cameras to try and find the people responsible for the hate crimes.