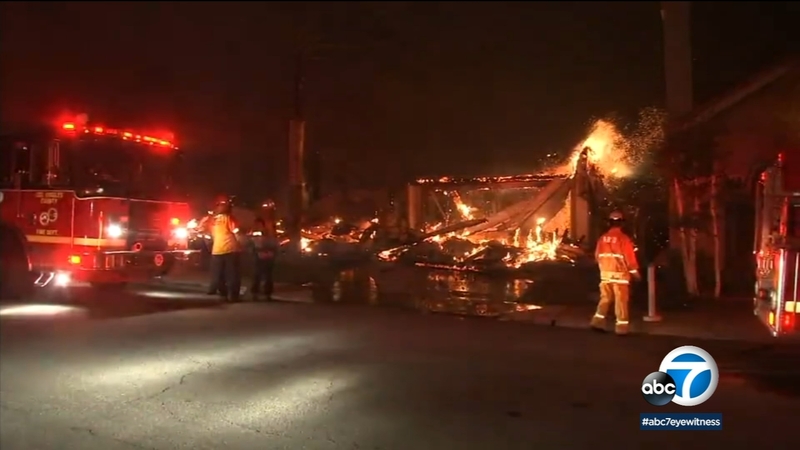 VENTURA, Calif. (KABC) -- When the Thomas Fire tore through Ventura County four years ago, it was then the largest wildfire in California history.

Less than a year later, it was followed by the Woolsey Fire. More than 16,000 homes and other structures burned to the ground.

The job of evacuating nearly 300,000 people fell to the Ventura County Sheriff's Office.

Senior Deputy Greg Webb and all the other deputies dispatched on evacuation duty had to go to as many homes as possible, warning people to leave and keeping track of those who were staying with their homes.

That method was far from efficient.

"We would go door to door," said sheriff's Deputy Rico Rinaldi, "and we would simply handwrite the address that we had been at, the amount of people at the home, and whether or not they would be evacuating or not."

A dietician at St. Mary Medical Center in Long Beach wanted to donate her kidney to her coworker's son, but ended up giving it to a stranger instead.

All that information - vital to first responders when dealing with a rapidly spreading wildfire - would sit on paper for hours, typically passed along to the command center at the end of a shift.

"Sometimes we'd be out in the field for multiple hours if not a whole day and that," Rinaldi recalled. "Information would not get returned to our command post until either the following shift or sometimes a few days later.

But the Sheriff's Office is turning to something pretty much everyone has these days: cellphones. Ventura County has developed a new app to replace all those hand-scribbled notes and make that evacuation data available to the command center almost immediately.

It doesn't have a fancy name, but it's earning an impressive nickname: "game-changer."

The app runs on department-issued iPhones.

Deputies will visit homes that are in jeopardy, warn residents of the danger and run through a quick survey, entering the answers into the app.

"It allows us to knock on the door, ask the same questions - who's here, who's evacuating, any medical emergencies -- and plug into the app as we're speaking," Rinaldi said. "And as we're plugging it into the app, it's being translated to the command post."

Added Webb: "It allows us to provide real time information from the field to our incident commanders."

But Ventura County is still struggling to get more residents to opt into the VC Alert system, which sends emergency notifications to cellphones.