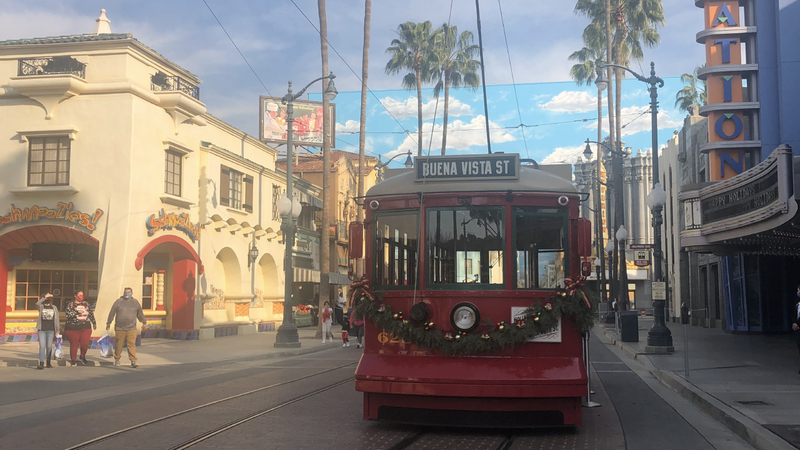 ANAHEIM, Calif. (KABC) -- A "limited-time ticketed experience" will debut at Disney California Adventure in mid-March, focused on food and beverage offerings and "carefully crafted entertainment" as some 1,000 park employees return to work.

Disneyland Resort President Ken Potrock announced the event in a letter to employees commemorating the 20th anniversary of California Adventure.

About 350 other employees have also returned to work with the reopening of outdoor dining at Downtown Disney restaurants following the lifting of California's regional stay-at-home order.

The new experience at California Adventure, which will differ from a traditional visit to the Disney theme parks, will be offered multiple days per week, according to Disneyland Resort. Specific dates have not yet been announced.

"For those of us who just like to walk around a theme park and not necessarily spend the whole time going on roller coasters, this will be almost the same thing," Disney historian David Koenig told ABC7.

Disneyland will continue to be temporarily shut down, along with all rides and attractions at both of the Anaheim resorts.

Health guidelines that have already been implemented at Downtown Disney will remain in place. These include temperature checks upon arrival, wearing facial coverings, and maintaining social distancing.

"While that is clearly not all we want to accomplish, it's a start," Potrock said in the letter. "Teams are working as we speak to start recalling identified Cast in the coming weeks."

"This past year has presented extraordinary challenges, but that has not curtailed in any way our ability to move forward with a spirit of optimism," he added.

Disney California Adventure Park has been closed since March 14, 2020. It was originally supposed to reopen in July but, due to rising COVID-19 cases, it never reopened.

Florida allowed the reopening of its theme parks, with reduced capacity, last summer.

President Biden sits down with Senate Democrats as they chart a path for multiple administration priorities, especially COVID-19 relief.

"With hand-washing, with masking, yes, I do think it's safe," California Assemblymember Sharon Quirk-Silva, D-Buena Park, said in an interview with ABC7.

Quirk-Silva is co-sponsoring Assembly Bill 240. The goal is to move theme parks like Disneyland and Knott's Berry Farm out of the state's yellow tier and into the less-restrictive orange tier.

The realization of that goal remains distant, but theme parks would be closer to reopening than they are now.

"We've seen it be safe in other places," Quirk-Silva said, "and after many months -- almost a year of being closed -- it's time for us to really look at a pathway to reopening. And this bill is a first step."