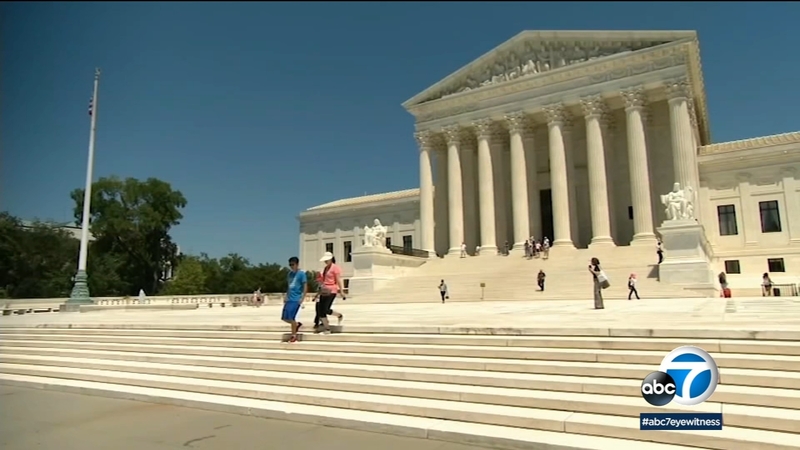 "As the leader of the largest state department of justice in the United States of America, I will use the full force of the law and the full authority of my office to protect a woman's right to choose," Bonta said.

He and his office are rallying after a draft opinion written by Justice Samuel Alito indicating the U.S. Supreme Court is poised to overturn Roe vs. Wade later this year.

If reversed, the landmark decision that protects a woman's right to have an abortion could be severely restricted or banned.

Gov. Gavin Newsom appeared at a Planned Parenthood facility in Los Angeles, where he discussed his administration's commitment to safeguarding reproductive rights in California.

District 18 California Assemblymember and wife of the attorney general, Mia Bonta, said this is an attack on women of color.

She shared her personal decision to have an abortion when she was 21.

"I chose to own my body," Mia Bonta said. "I chose to make a decision that would allow me to recognize the ending cycle of poverty in my family ... to think that those choices and those decisions will not be available for women, in this country, is unfathomable."

"AB 2091 will ensure that subpoenas will seek information related to a patient who received reproductive healthcare here in California are not granted," she said.

She added an urgency clause to ensure that if or when Roe vs. Wade is overturned, the bill would become law immediately.

The leaked opinion has sparked protests across the country including outside the home of conservative justices.

The White House is asking protestors to remain peaceful.

"No one should resort to violence of course, nor threats, nor intimidation, nor vandalism, That those are not effective means," said Press Secretary Jen Psaki.

In addition, Treasury Secretary Janet Yellen was asked about the impact reversing Roe vs. Wade could have on the economy during a Senate committee meeting.

"I believe that eliminating the right of women to make decisions about when and whether to have children would have very damaging effects on the economy and would set woman back decades," Yellen said.

However, some Republican lawmakers criticized her answer calling it harsh and callous.

The Supreme Court is expected to release a final decision on Roe vs. Wade as early as next month.

Pro-choice supporters plan to continue to have protests.

Hundreds of thousands of people are expected to turn out for a national day of action in support of abortion rights on Saturday in cities across the country.