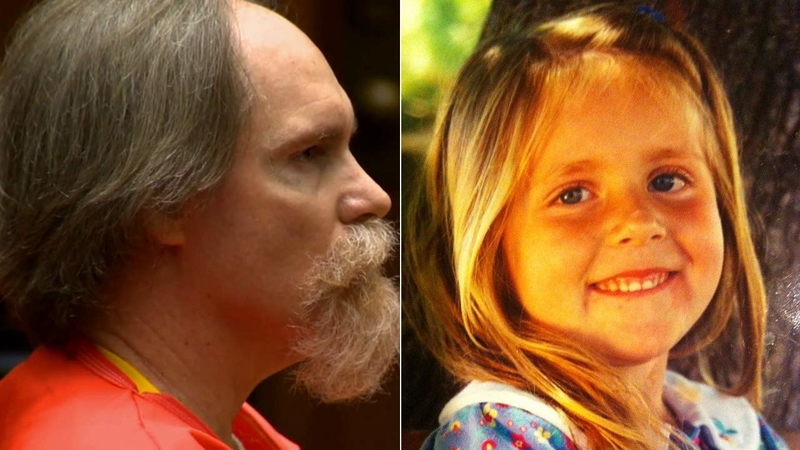 Dad gets life term for tossing daughter off RPV cliff

LOS ANGELES (KABC) -- A father convicted of tossing his 4-year-old daughter to her death off a cliff in Rancho Palos Verdes was sentenced Friday to life in prison without parole.

Cameron Brown was convicted of first-degree murder in May at his third trial in the death of Lauren Sarene Key, who plunged 120 feet to her death on Nov. 8, 2000.

Brown's conviction came about a dozen years after he was arrested and followed two previous trials when jurors decided the death was a crime, but they couldn't agree if it was murder or manslaughter.

The 53-year-old former airline baggage handler was in a bitter custody dispute at the time with the girl's mother, Sarah Key-Marer.

Key-Marer told the court that the bitter dispute had begun to steal the joy from her daughter.

4yo Lauren feared visit with dad #Cameron Brown. "I am going to die tomorrow," she said according to testimony today. pic.twitter.com/OrFTdqUQJ6

"We watched her sparkle fade in the last months of her life," Key-Marer said as Brown stared stoically straight ahead. "Her smiles diminished more quickly every time she witnessed the conflict. ... The funny, happy girl we all knew was fading."

Brown's lawyer acknowledged his client was a bad father, but said the girl tripped and fell as she ran toward Inspiration Point in Rancho Palos Verdes.

Brown and Key-Marer had a short-lived romance that soured when she got pregnant. According to Deputy District Attorney Craig Hum, Brown wanted Key-Marer to get an abortion, and he even tried to get her deported to her British homeland.

Hum said hatred toward his ex-girlfriend was the key motive, though there was evidence that Brown was also trying to get out of costly child support payments.

A witness came forward at the third trial who testified that Brown said it would be "nice to get rid of Lauren" to avoid $1,000-a-month payments, Hum said.

Lauren's step-brother, Josh Marer, said he has a vivid recollection of playing Lauren's favorite board game the night before her death. She became upset, kicked the pieces and ran into her room crying.

He asked what was wrong.

He was 10 at the time and said the death derailed his life. He became addicted to drugs and tried to take his life several times before finally finding a path to recovery.

"Lauren had become my guardian angel," he said. "I know she watches and protects me and for that I'm truly grateful."