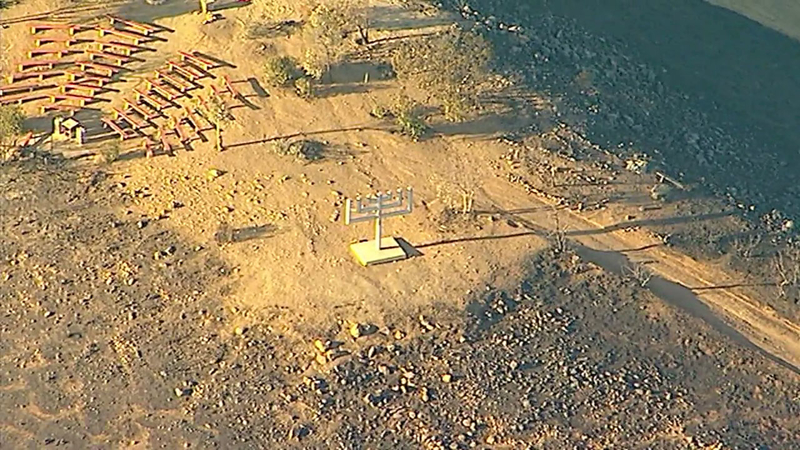 The camps are very well known in the Jewish community and are run by the Wilshire Boulevard Temple.

The camp director said 87 of the 97 buildings between the two camps were destroyed on Friday. The main dining hall and administration building survived.

Campers Josie and Whitney Enenstein say they're still in shock that much of the place, which means so much to their family, now looks so different.

"We have so many incredible memories there, and we've grown up there. I can't even fathom it not being there anymore because it's just a place that's always been a constant source of happiness and love and friendship for me," Josie said.

The camps' two locations were founded in 1952 by rabbi Alfred Wolf, who escaped Nazi Germany. He opened the camps to any nonprofit or religious group, and they're used almost year-round by everyone from the Los Angeles Unified School District to a Korean church called Church Everyday. The Latino youth conference, which was held there in 1963, helped start the Chicano movement.

"This is a wake-up call that we have to cherish these places that we sometimes we take for granted," grandson Aaron Wolf said. "I know I've taken it for granted. I thought it would always be there."

Some of the buildings lost in the fire were still smoldering Monday night. Fire crews arrived throughout the evening, concerned about the strong winds.

Surprisingly, the Menorah at the top of the hill is still standing.

"Even though we don't have the place anymore, I mean, it will be rebuilt," Whitney said. "We still have the Menorah, which is my favorite place at camp."

A recovery fund has been set up for the camps. To donate, visit www.wbtcamps.org/recovery.