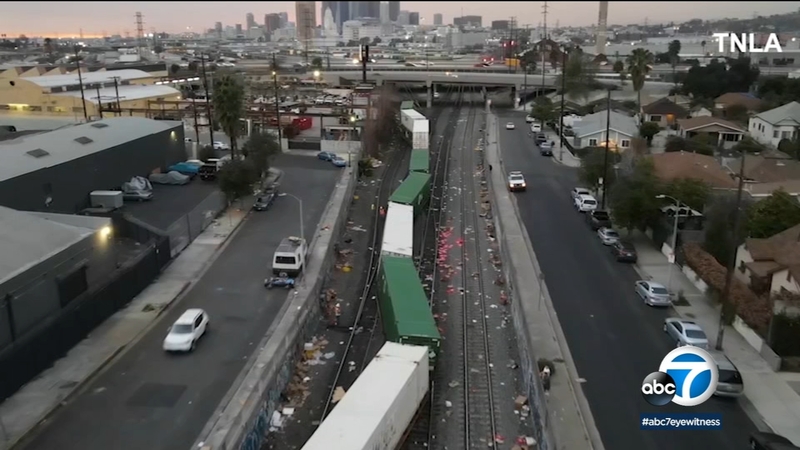 Drone video showed the scene of the derailment near San Pablo Street and Valley Boulevard, which is expected to be blocked for some time.

The tracks were still surrounded and littered with empty boxes from companies like Amazon and UPS, left behind by cargo thieves.

Some of that stuff you ordered, returned or are waiting on has stopped literally in its tracks as thieves are breaking open rail cars and stealing the merchandise inside.

Union Pacific officials said nobody on the train was hurt and the cause of the derailment is under investigation.

Though it's unclear if another theft occurred Saturday, the train company says it has asked the L.A. County District's Attorney's office to hold people who commit those crimes accountable.

"Our office is committed to working with law enforcement to ensure collective safety across Los Angeles County's sprawling infrastructure, whether it's at our ports or on railroad tracks," the D.A.'s office said in a statement. "Some cases presented to our office by Union Pacific have been filed, such as burglary and grand theft, while others have been declined due to insufficient evidence. We make charging decisions based on the evidence. Our office takes Union Pacific's concerns seriously and hopes to discuss this issue more in the coming weeks."